The Richmond Kickers are pleased to host open tryouts for eligible college seniors, qualified free agents and talented amateur players that are seeking a professional contract. Each session will invite a selected number of players to participate in three days of intense training and scrimmages at the Kickers state-of-the-art training facility, Ukrop Park, in Richmond, Virginia.

All training sessions will be held at the state-of-the-art home of the Richmond Kickers, Ukrop Park, in Richmond, Virginia. With five beautiful, natural grass fields and two lighted synthetic turf surfaces, Ukrop Park is one of the region’s top sports complexes and is conveniently located 15 minutes from Richmond International Airport.

Attendance at the Richmond Kickers Player Combine is one of the best ways to ensure that a player’s complete soccer resume and professional evaluation is in front of key decision makers for the Richmond Kickers organization. Past Kickers trials have produced such prominent players as Braeden Troyer and Yudai Imura, 2016 USL Defender of the Year Finalist and All-League First Team Defender Hugh Roberts, 2013 USL PRO Rookie of the Year Nate Robinson, Clyde Simms (D.C. United and US Men’s National Team), Ronnie Pascale (Three-time USL-2 Goalkeeper of the Year), Tim Brown (New Zealand National Team) and Robert Ssejjemba (2006 USL-2 MVP and Ugandan National Team).

To register, complete an official application and submit it, along with the non-refundable registration fee, to the Richmond Kickers front office. Additional materials (video, media clippings, etc) may be submitted for review, but they are not required, nor will they be returned, so please do not send originals.

The Richmond Kickers Player Combine accepts a limited number of players at each position to ensure that each player receives the maximum exposure to be effectively evaluated. If space is not available at your position, your registration fee will not be processed and you may opt to be placed on a waiting list. Refunds will not be granted for any other reason.

Applications are reviewed and processed on a first come, first served basis and the combine rosters are filled accordingly. The Kickers encourage early registration to improve your chances of being accepted. All applicants will be notified via email so please include a legible email address on your application.

Over the past 27 seasons, Richmond has qualified for postseason play 22 times, and made history with a monumental run to the U.S. Open Cup Semifinals in 2011. Perennial Championship contenders, the Kickers reached the title match in 2010 for the sixth time in the past nine campaigns, falling just short of the league title. Richmond’s seven previous league Championship appearances (1995, 1996, 2002, 2005, 2006, 2007, 2009) include winning the Premier League title in 1995, a shoot-out loss to Seattle in the USL First Division final in 2005 and taking the USL Second Division crown twice against Charlotte in 2006 and 2009. In addition to on-field success, the Kickers have taken United Soccer Leagues Organization of the Year honors on five occasions (1995, 2000, 2006, 2007, 2009).

Please email scouting@richmondkickers.com with any questions regarding the tryouts. 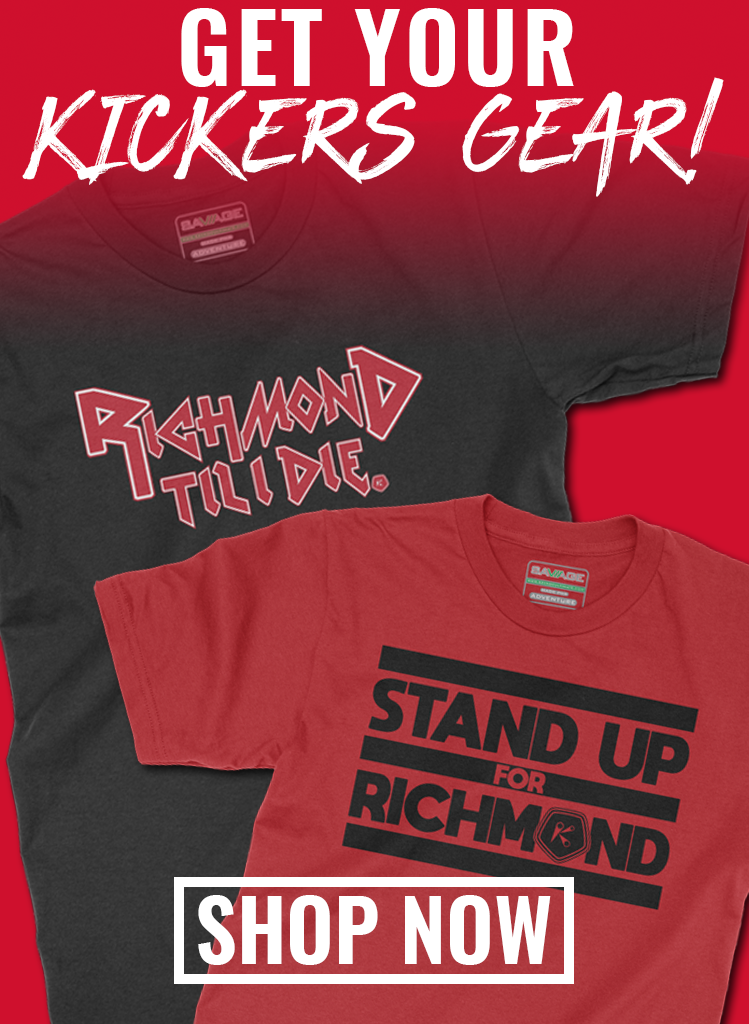