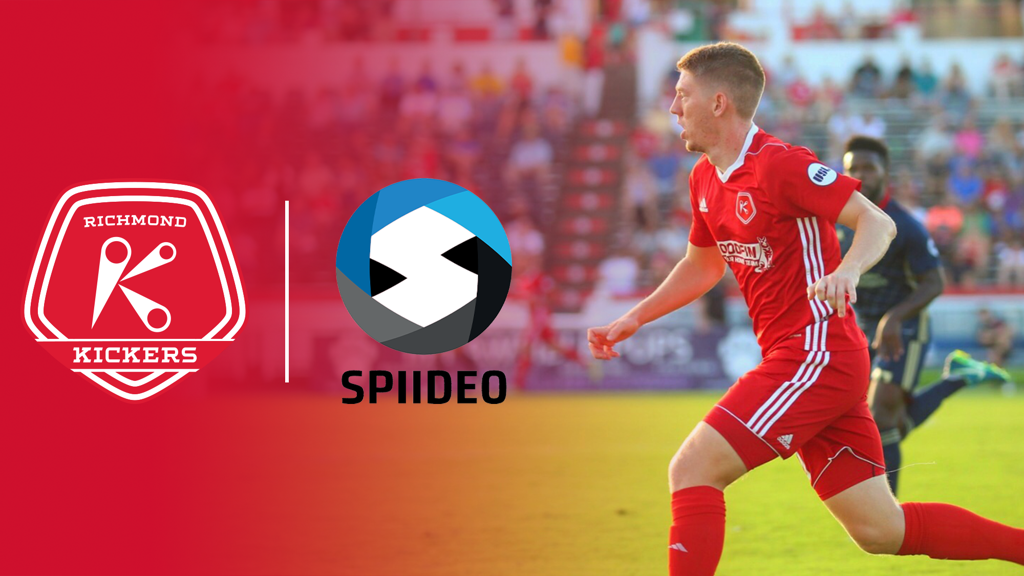 RICHMOND, Va. – (Tuesday, January 8, 2019) – The Richmond Kickers are pleased to announce an exciting new partnership with Spiideo to provide video recording and analysis for the club at City Stadium.

"I am extremely excited to utilize the Spiideo camera system for the 2019 season,” said Kickers Head Coach David Bulow. “It's an example of many improvements. It will be the most important coaching tool for me and our coaching staff and I’m confident it will lead to exciting, entertaining, winning soccer from the Richmond Kickers.”

Spiideo makes advanced sports video recording and analysis easy and accessible for coaches, analysts and players. When using the Spiideo system there is no longer a need for manual camera handling, no camera man, no hassle with cables and files. The Spiideo Virtual Panorama technology captures both overview of the entire field, as well as details of individual players in the same recording using 4k cameras from multiple angles.The system then enables coaches to analyze and provide live feedback to players, as well as tag, draw, create presentations and collaborate with the team.

"The top of Coach David Bulow's list of improvements for the season was to add Spiideo to City Stadium,” added Kickers President Matt Spear. “It will help the players improve and enable the team to reach peak performances. I got glowing testimonials from others including the Tampa Bay Rowdies. It's a step up for the coaches, players, and organization. And working with Kickers' legend Deli makes it even better!"

Based in Malmo, Sweden, Spiideo’s solutions are today adopted by first teams and academies in hundreds of clubs all over the world. However, while used by some of the world’s largest and most well known clubs in top leagues like Premier League, Serie A, MLS, USL etc. the system is cost efficient and suitable also for smaller clubs with more limited resources. In North America, over 50 NCAA DI programs are now using Spiideo to capture games and practices in multiple sports including soccer, LAX, Field Hockey and Basketball. In the professional arena, in addition to the Richmond Kickers, Sporting KC of the MLS recently signed on with Spiideo to capture training and games for the entire club from the 1st team down to the Academy. They will join a growing list of MLS and USL clubs.

"After spending 10 seasons on the field with the Kickers and making Richmond my home, I am thrilled to now be assisting with the club's technological needs as they move into a new era with David and co,” commented former Kickers player and Sales Manager for North America Matthew Delicâte. “I had the pleasure of playing with David for many seasons including 2 championship winning seasons in 2009 and 2013. I wish David and the Kickers the best of luck in 2019 as they compete for another title. The margins in winning a title or making the playoffs in any sport are very small, Spiideo provides a cutting edge technology that can be a literal game changer."