Midfielder Joins Richmond for the 2019 Season 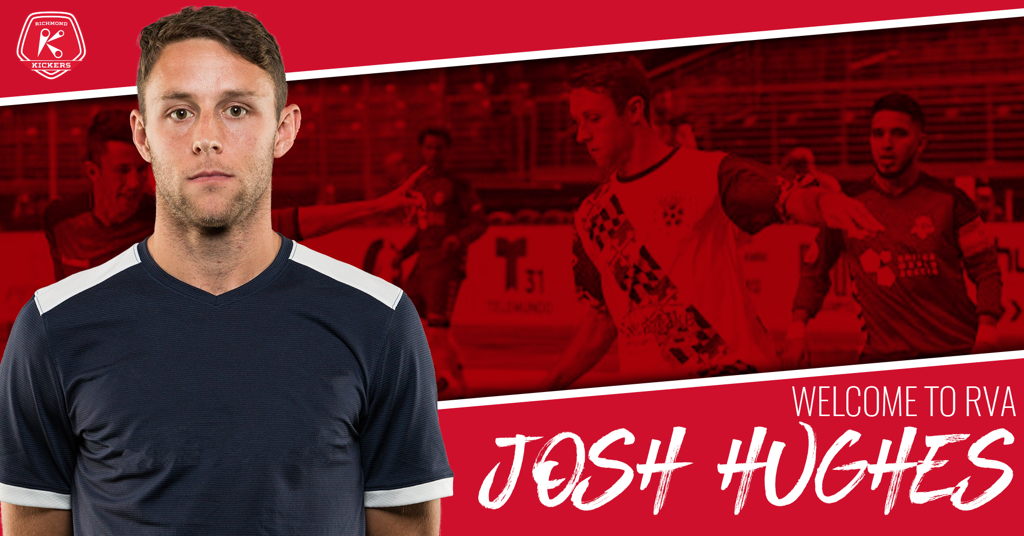 RICHMOND, Va. – (Wednesday, January 2, 2019) – The Richmond Kickers are pleased to announce the signing of midfielder Josh Hughes for the 2019 season, pending USSF and USL League One approval.

“Josh is a very hard working, intelligent midfielder who is very excited for the future of the Richmond Kickers,” remarked Kickers head coach David Bulow. "His enthusiasm for the city and club made it a no brainer to get him signed as soon as possible. I am excited for the Red Army and the rest of the fans to see what a quality player we have signed."

A native of Fort Worth, Texas, Hughes signs with the Kickers after spending the 2018 season with Nashville SC. He made 11 appearances and tallied two goals for the Baltimore Blast of the Major Arena Soccer League (MASL) over two seasons. Prior to his stint with Baltimore, Hughes played in 22 matches for USL rivals Harrisburg City Islanders (now Penn FC) in 2016.

“I am unbelievably excited for the opportunity to work with Coach Bulow and the Kickers in what will be a very strong league,” commented Hughes. “Richmond has a great framework in place to be a highly competitive and successful contender in the league. I can’t wait to get started.”

Hughes played four seasons with Berry College from 2010-2013, where he made 69 total appearances. He scored 14 goals and added six assists for the Vikings.

Super excited for the new opportunity to make history with an already historic franchise. Great way to bring in the New Year! 2019 will be a good one. https://t.co/S4W1WF3AKc