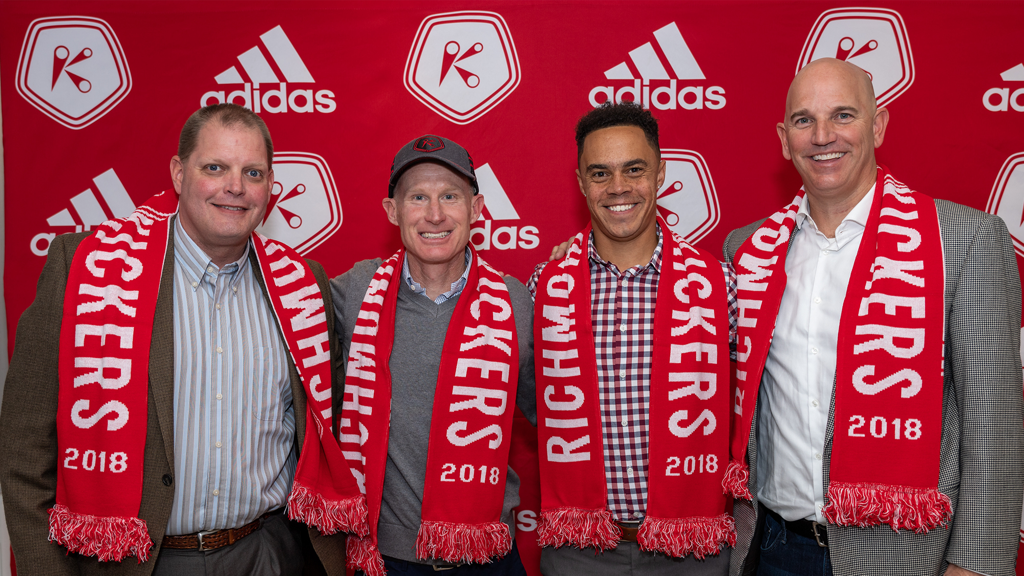 “22 Holdings is excited to invest in the Richmond Kickers, and we are thrilled to lead the club into USL League One in 2019,” commented Ukrop. “Former Kickers goalkeeper and minority investor, Alex Deegan, shares, ‘the creation of 22 Holdings came about in 2017 when Davidson College hosted a 25 year reunion for our 1992 Division 1 NCAA Final Four soccer team – a powerful reminder of team, mission, and the impact of soccer on each players’ life. The journey impacted a community for years to come. This collection of memories served to ignite an idea that this team could again harness the team’s collective skill set to build and impact a project – one that would bring old teammates together around a common goal – and with that 22 Holdings was born.’ Currently, 22 Holdings is composed of 6 members of Davidson’s 1992 Final Four team, and we are thrilled that our captain, Matt Spear, will lead us as our new Team President.”

Established in 1993, the Richmond Kickers pro team has consistently been one of the most successful professional soccer clubs in America. Over 26 seasons, Richmond has qualified for postseason play 22 times. Richmond’s eight previous league Championship appearances (1995, 1996, 2002, 2005, 2006, 2007, 2009, 2010) include winning the Premier League title in 1995, a shoot-out loss to Seattle in the USL First Division final in 2005, taking the USL Second Division crown against Charlotte in 2006 and again in 2009, and narrowly missing out on the championship against the Charleston Battery in 2010. In addition to on-field success, the Kickers have taken United Soccer Leagues Organization of the Year honors on five occasions (1995, 2000, 2006, 2007, 2009).

The Richmond Kickers Pro Team will guided by newly-appointed President, Matt Spear. Announced on December 6, Spear will take over the reigns as the Kickers prepare for the inaugural season in the USL League One in 2019, kicking off March 30 at City Stadium.

Spear has led the men’s soccer program at his alma mater, Davidson College, for the last 18 years. His NCAA Division I head coaching tenure included ten wins over ACC teams such as Virginia, Virginia Tech, Duke, and North Carolina. He also led the development for the $2 million Alumni Stadium. Before coaching, Spear had a successful sports marketing career including co-founding initiatives such as a college soccer broadcast series, several soccer websites and projects with adidas America, US Youth Soccer, and United Soccer Coaches. Spear was a Captain of Davidson's 1992 Final Four Team.

The Richmond Kickers Youth Soccer Club will continue under the leadership of the Board of Directors, with John Brooks being appointed as the new President of the Board.

“The Richmond Kickers Youth Soccer Club is excited about the future of soccer in Richmond,” said Brooks. “The sale of the Pro Team will allow the youth club to focus on all levels of youth soccer in Richmond, while still affording us the ability to work and collaborate with the Pro Team. This as a true win-win for Richmond.”