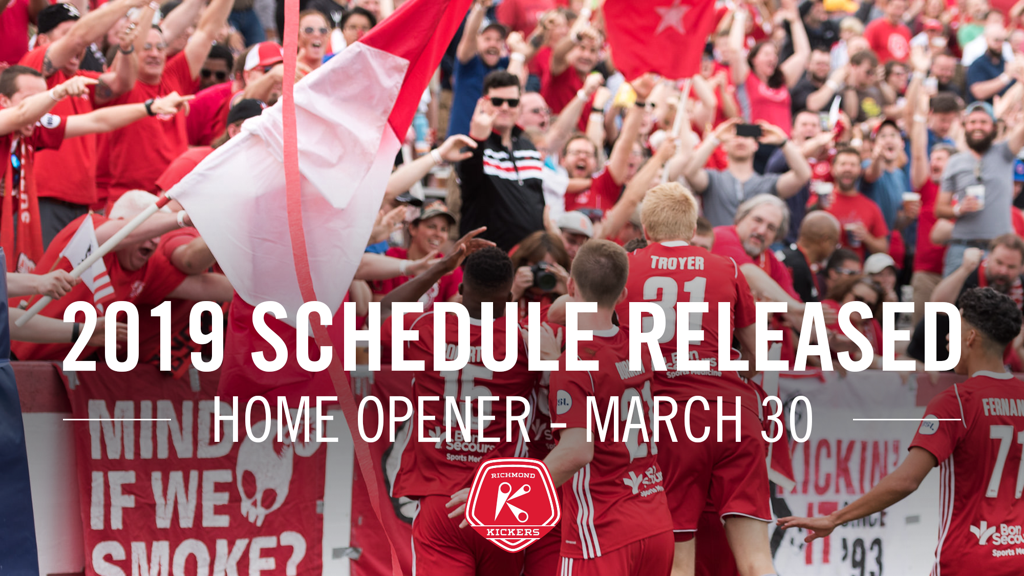 Soccer Saturdays comprise the majority of the Kickers regular season home schedule, with 13 of 14 matches taking place on Saturdays. The one mid-week exception falls on Wednesday, October 2. Two matches, including the home opener on March 30, will kick off at 5:00 p.m. with the remainder of matches beginning at 7:00 p.m.

The regular season concludes at City Stadium Saturday, October 5 against Orlando City B. The top four teams will qualify for post season play with the final match of the postseason set to take place from October 17-21.

Additional details on broadcast and live streaming for the 2019 League One campaign will be revealed in 2019 as the league prepares for kickoff.