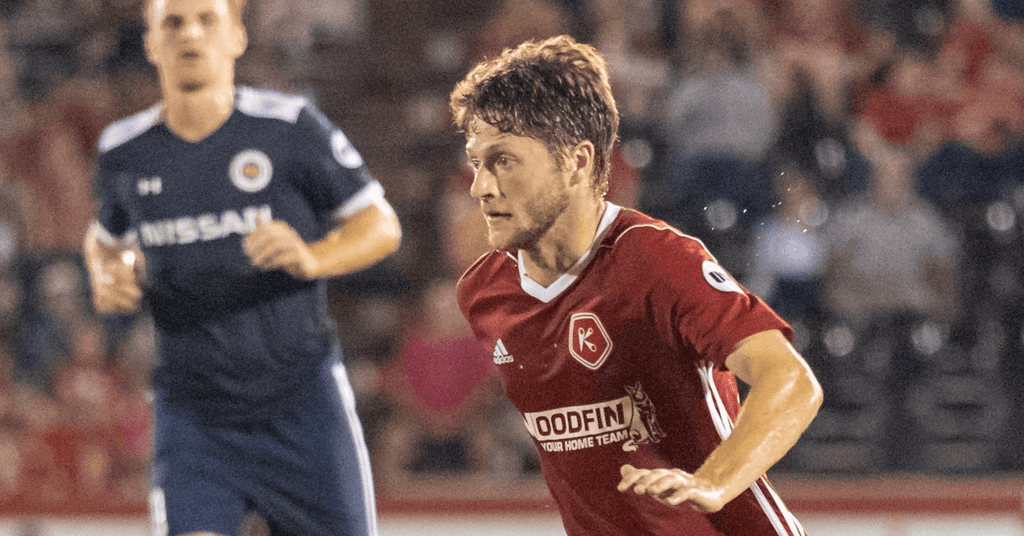 RICHMOND, Va. — (Saturday, October 6, 2018) — The Richmond Kickers (6-23-4) closed out their final home match of the 2018 season, falling to Nashville SC (12-9-11) at City Stadium Saturday night. First half goals by Tucker Hime and Michael Reed put the visitors up 2-0 at halftime. Matt LaGrassa set up Alan Winn to add a third goal in the second half giving Nashville the victory over the Kickers.

The Kickers looked to go ahead early just three minutes. Mekeil Williams played a ball over the top and found Luiz Fernando at the top of the box. He was able to set the ball in space for Brian Shriver to run on to for the shot, that sailed just over.

Another chance came for the Kickers in the 9th minute. Oscar Umar fed the ball up the field for Raul Gonzalez. Turning quickly, Gonzalez tried to put the ball in the box as it was over everyone and Brian Shriver picked up control on the left side. He wanted to put it back across goal as Luiz Fernando was coming into space, but Liam Doyle was there to clear it from danger.

Nashville took the lead in the 20th minute. Ropapa Mensah won the ball on the right side, taking a touch to get around Austin Yearwood on the end line. He whipped in the ball, as Trevor Spangenberg dove to block the cross. Tucker Hume was in place to get a head on the ball and put it into the open net.

The lead doubled for the visitors nine minutes later. Michael Reed won the ball in the midfield and played the ball out wide on the right side for Ropapa Mensah. He was able to play a cross in low towards the near post. Mekeil Williams got to the ball first, as his clearance hit the feet of Reed and deflected into the goal for the second of the night.

A set piece in the 64th minute was an opportunity for the Kickers to get back into the match. Brian Shriver stood over the ball and ended up squaring the ball across the field for Prince Agyemang. The Ghanian went for the shot from distance, right into the hands of Matt Pickens.

Another free kick came for Richmond in the 78th minute. Bolu Akinyode was called for a foul on Luiz Fernando in the midfield, about 35 yards from goal. Giuseppe Gentile and Raul Gonzalez came over to stand over the free kick. Gonzalez was the one that went for the chance on goal. Matt Pickens was there to make the stop.

Late into stoppage time, the Kickers looked to try and pull a goal back. Yudai Imura took control of the ball inside the Nashville end of the field. The Japanese midfielder sent the ball forward for Brian Shriver in the Nashville box. He knocked the ball down to lay it off for Scott Thomsen, who ran onto the ball for the shot that went over the goal.

The Kickers will close out the 2018 USL season next Saturday night as the team heads down to face Atlanta United 2 at Coolray Field. This match will be available locally on WTVR CBS 6.3 (Comcast 206, Verizon FiOS 466) and streaming online on ESPN+. Keep up to date with the Kickers at RichmondKickers.com.