KICKERS DOOMED BY THREE BETHLEHEM GOALS IN THE SECOND HALF 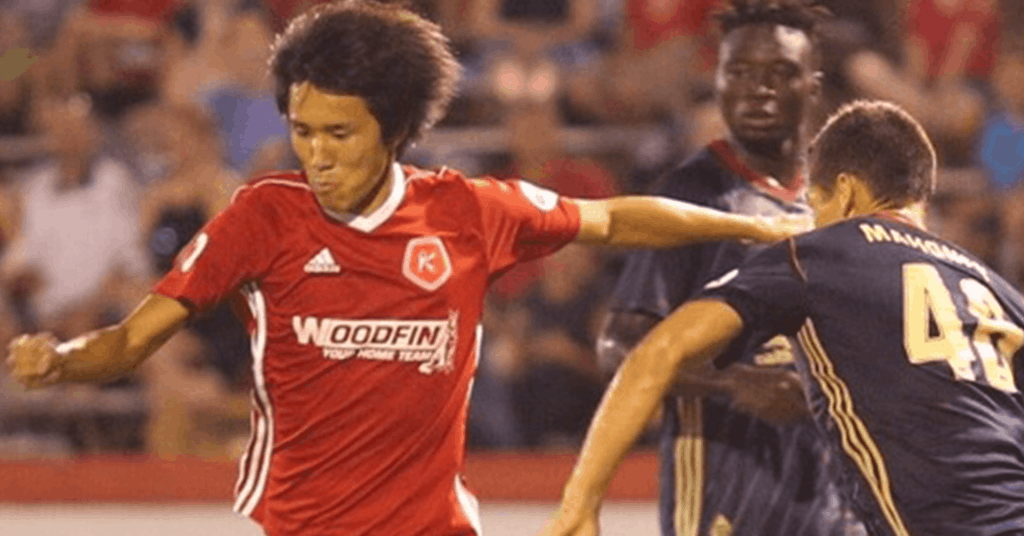 RICHMOND, Va. — (Saturday, August 4, 2018) — The Richmond Kickers (5-13-3) missed out on a chance to pick up some points from home, losing 3-0 to the Bethlehem Steel FC (8-9-6). After a scoreless first 45 minutes, Steel FC added three goals in the second half to sink the Kickers. Santi Moar opened the scoring in the 54th minute followed by substitutes Omar Holness and Michee Ngalina finding the back of the net in the 77th and 85th minute respectively.

Three minutes into the game, Bethlehem got the first opportunity after they won a free kick from just outside the 18-yard box. Santi Moar stepped up to the spot and sent a screamer towards goal that Richmond goalkeeper Trevor Spangenberg saved behind for a corner to keep the match scoreless.

Five minutes later, the Kickers just missed out on the opening goal. After Luiz Fernando won a free kick, Scott Thomsen played a ball into the box that snuck through the backside to Braeden Troyer. Troyer’s shot was deflected around before it met Brian Shriver’s head, only to be secured by Bethlehem’s Jake McGuire for a save.

The Kickers got the fans on their feet again in the 22nd minute, but it was all for naught. Raul Gonzalez hooked up with Brian Shriver down the left sideline. Shriver made a move towards the box and played a pass inside that pinballed around, eventually falling close to Luiz Fernando. Fernando was able to get a touch on the ball towards goal, but Bethlehem’s McGuire again came up with the save.

Richmond goalkeeper Trevor Spangenberg was caught off his line after his mistake cost the Kickers possession in the 31st minute. The ball was laid off to James Chambers who had a wide open net, but his shot sailed high and the Kickers could exhale.

Referee Jose Lara initially signaled a penalty for Richmond after Giuseppe Gentile fell to the ground following a jostle with Bethlehem’s Brandon Aubrey off a ball into the box. After some discussion with the assistant official, the foul was waved off and no penalty was granted. The two teams entered the locker room scoreless after the first 45 minutes.

Steel FC struck first in the 54th minute. Chris Nanco made it happen with a run down the right sideline. Nanco used some nifty dribbling deep towards the end line before turning back and finding Santi Moar unmarked at the top of the 18-yard box. Moar used a one-time strike that found the upper right corner of the net to give Bethlehem the 1-0 advantage.

Richmond nearly had its moment in the 73rd minute. Shriver sent in a cross of the corner kick that skidded off Fernando’s head and made its way to Scott Thomsen. Thomsen tried a one-time volley that bounced into the arms of Steel FC’s McGuire.

Bethlehem doubled its lead in the 77th minute. Olivier Mbaizo made a run past a few Richmond defenders and played a beautiful cross into the box. Mbaizo’s cross made a connection with Omar Holness, who just entered the game, at the far post and his header beat Spangenberg to give Steel FC the 2-0 lead

Steel FC put the contest out of reach in the 85th minute. Olivier Mbaizo played a through ball up ahead to Michee Ngalina. Spangenberg rushed out, but Ngalina sidestepped him and snuck a shot into the open net, extending Bethlehem’s advantage to 3-0. Mbaizo picked up his second assist of the match on the play.

McGuire collected his first clean sheet of the season and it was Steel FC’s third shutout of the year.

The Kickers will now gear up for two consecutive games on the road. Richmond will make the trip to our neighbors up north and face Toronto FC II on Sunday, August 12. Then, the Kickers will stay in Canada and battle the Ottawa Fury FC on Wednesday, August 15. Both games can be streamed on ESPN+.