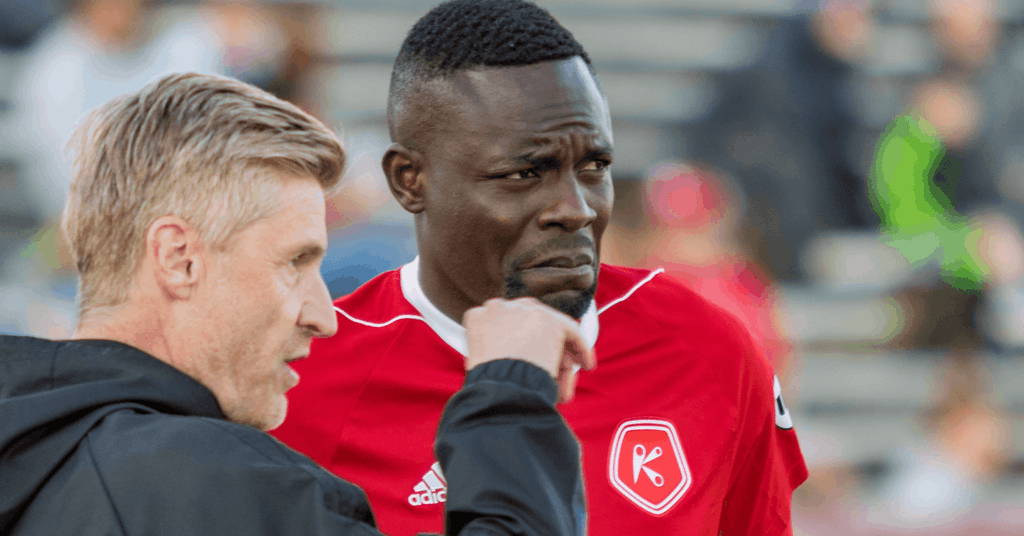 Making 247 appearances in a Kickers uniform and amassing more than 20,000 minutes, Yomby has been successful on both sides of the ball throughout his career, contributing 11 goals and five assists while leading the club’s defense to more than 80 shutouts.  A mainstay with the Richmond Kickers Youth Soccer Club Yomby has coached hundreds of youth soccer players during his tenure.

“Richmond has been my home for the last 10 years and I have made so many great friends and memories on and off the field,” said Yomby.  “I would like to say thank you to the fans, coaching staff, players, and front office for their overwhelming support.  I am grateful for the opportunity to have coached so many amazing players and will dearly miss all of the Kickers families.  Thankfully, I will be just a few hours away and look forward to joining the Red Army at a Kickers game in the near future.  RVA is red!”

“Yomby has had an incredible career with the Kickers,” added Leigh Cowlishaw, Richmond Kickers Director of Soccer.  “He was not just an exceptional defender, he was a leader, captain and a gentleman and always represented the club with pride and passion.  An integral part of our youth club, he has played an important role in the growth and success of many of our soccer programs.  We will always be thankful for the impact he has had on the Richmond Kickers and we wish him all the best as he takes this next step in his career.”

A native of Bafoussam, Cameroon, Yomby is a six-time USL All-League First Team defender, 2009 USL Defender of the Year and was named the Supporter’s Choice Most Valuable Player in 2017. Prior to signing with the Kickers, Yomby was drafted by Sporting Kansas City in the 2008 MLS SuperDraft, inking a developmental contract with the Major League Soccer side before joining the Puerto Rico Islanders later that season.

Yomby returns to Old Dominion after helping the Monarchs to three-straight NCAA appearances a defender 2005-2007.  He was selected to the Colonial Athletic Association (CAA) All-Rookie Team before making 48 appearances over three seasons.  He also earned All-CAA Second Team honors and was named to the CAA All-Tournament and All-State teams.