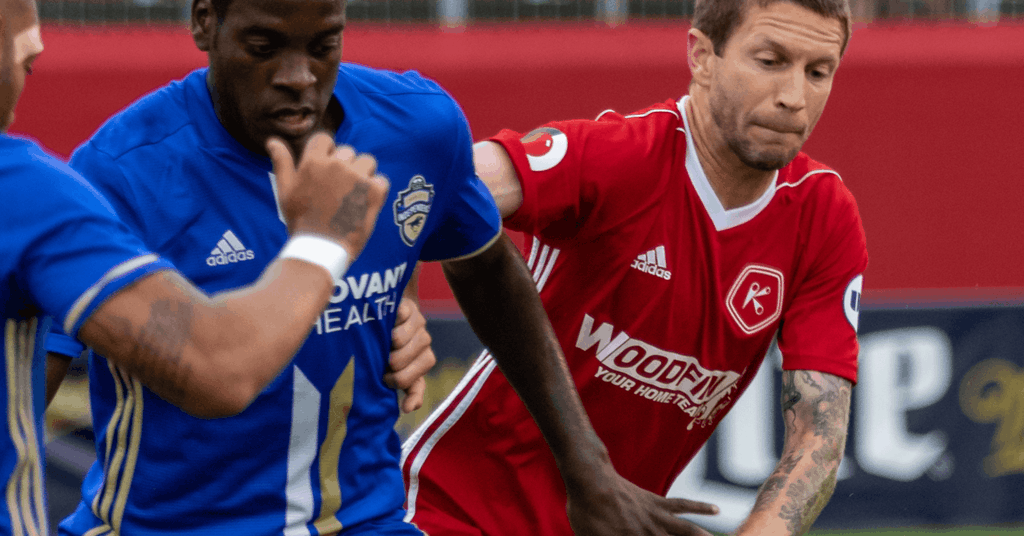 RICHMOND, VA — (Saturday, May 26, 2018) — The Richmond Kickers (3-5-1) fell 3-1 at home to the Charlotte Independence (5-3-2), the first loss for the Kickers at City Stadium since the home opener on March 24. Charlotte scored the first three goals of the game before Brian Shriver scored a late goal in the 80th minute. The Independence were powered by Cordell Cato who notched two goals, bringing his tally to five on the season.

After a slow start to the match, Charlotte beat the Kickers high line in the 14th minute. The Independence had a two-on-one opportunity, and Cordell Cato made the right decision finding the open Yann Ekra for the one-time goal. Ekra’s left-footed shot was blasted into the top left corner to give Charlotte a 1-0 lead. It was the Frenchman’s second goal of the season.

Richmond thought it had its moment in the 26th minute, but it wasn’t meant to be. Brian Shriver sent in a low cross that Heviel Cordovés made a play on in front of the net. Cordovés’ initial shot was saved by Andrew Dykstra and rebound came right back to him then back into the net. However, the official ruled that the redirection by Cordovés hit his hand en route to the goal.

Charlotte again converted on an aggressive Richmond defense just before the half in the 45th minute. Jorge Herrera connected with a cutting Yann Ekra in the box. Ekra made a short pass before Richmond goalkeeper Travis Worra could get to it, and Cordell Cato had a tap-in goal. Cato’s fourth goal of the season gave the Independence the 2-0 lead heading into the locker room.

The Independence controlled the first half with 63 percent of the possession. Charlotte also completed 89.1 percent of its passes compared to Richmond passing at an 81.1 percent clip in the first 45 minutes.

Richmond’s head coach Leigh Cowlishaw made a drastic decision sending three new players onto the pitch to begin the half in an effort to provide more chances.

Following a lot of back and forth action with no real threats in the beginning of the second half, Charlotte won a free kick from about 25 yards out in the 66th minute. Jorge Herrera sent in a curling shot from the spot, but the ball landed safely in Worra’s arms for the save.

The Independence made the most of a counterattack in the 76th minute. Cordell Cato took a pass down the left sideline with plenty of space to operate. He cut towards the center and dribbled into the box before he unleashed a bending shot into the top right corner for another Charlotte goal to give them a 3-0 advantage.

The Kickers got on the scoreboard in the 80th minute. Alex Lee fired a cross into the box that was deflected around in a crowd of players. The ball landed at Brian Shriver’s feet who volleyed a shot past Charlotte’s Andrew Dykstra for a goal. Shriver’s third goal of the season cut the Independence lead to 3-1, but the Kickers could find no more momentum as the game came to a close.