KICKERS KNOCK OUT PENN FC, ADVANCE TO FOURTH ROUND OF U.S. OPEN CUP 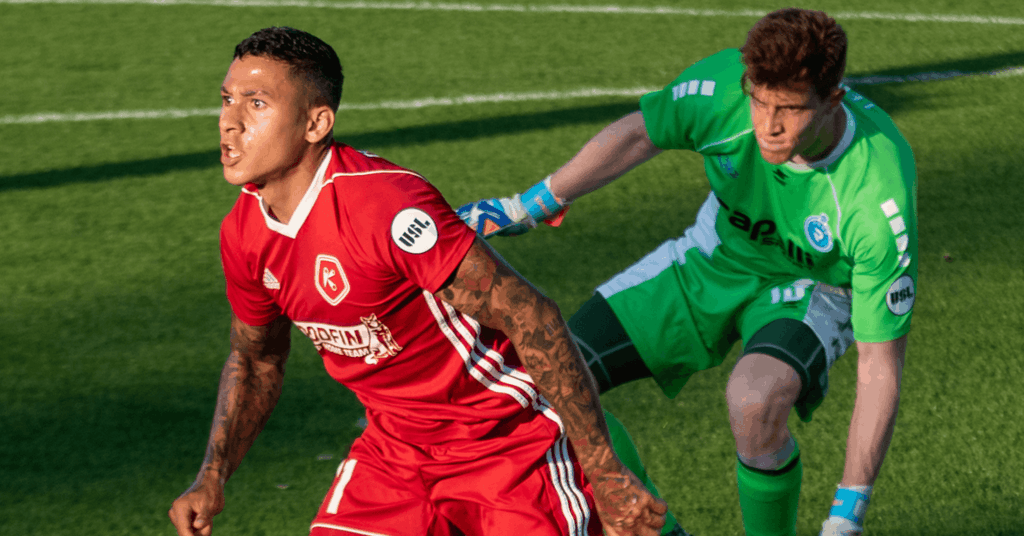 RICHMOND, VA — (Wednesday, May 23, 2018) — The Richmond Kickers sent the Red Army faithful home happy with a 3-2 win over Penn FC and advanced to the fourth round of the US Open Cup for the first time since 2015. Luiz Fernando got the Kickers started with two goals in the first half to give Richmond a 2-0 lead. Penn FC responded with two goals of their own, equalizing in the 60th minute on a Jorge Rivera goal, his second of the game. The game winner was netted by Heviel Cordovés in the 83rd minute and the Kickers never looked back securing the win. Richmond will face an MLS opponent in the next round with that draw happening tomorrow at 11 a.m. ET.

“We found a way to do it,” said head coach Leigh Cowlishaw. “Cordovés and Shriver made the difference for us [off the bench]. We got some real opportunities in the last 20 minutes and it’s good to get the win. It gets us in the draw for tomorrow and hopefully we get a home game against a top MLS team.”

After both teams spent the opening minutes feeling each other out, Richmond struck first when Conor Shanosky found Luiz Fernando on a long lob pass behind the defense. Fernando only had the keeper to beat and found the back of the net on a one-time volley with his left foot to put Richmond on top 1-0 in the 13th minute. It was Fernando’s first goal and Shanosky’s first assist of the 2018 season.

“He [Luiz] told me before the game, ‘Look for me. Look for me,’” Shanosky said. “We were trying to go side-to-side to break them down. We decided to go a little more direct. Luiz made a good run. He did the hard part. Credit to him, he mentioned it before the game.”

Just under 10 minutes later, lightning struck twice. Shanosky connected with Yudai Imura breaking free down the right side, and Imura sent a pass to an open Luiz Fernando in the center of the box. Fernando gathered the pass and again fired a left-footed shot into the bottom left corner of the net to give the Kickers a 2-0 lead. Fernando’s 22nd minute goal was his second of the game and Imura’s first assist of the season.

“I felt very happy to play tonight,” Fernando said. “Every player helped me. We’ve been training hard. I feel very happy to come back and score two goals.”

Penn FC responded in the 36th minute after Salvatore Barone earned a corner. He blasted a shot from outside the box that goalkeeper Trevor Spangenberg could only deflect behind for a corner. Saalih Muhammad collected the cross off the corner far side and rifled a pass to Jorge Rivera. Rivera made the connection with his head in front of the net to cut Richmond’s lead in half, 2-1.

In the 48th minute, Penn FC nearly had its equalizer. Fabio De Sousa sent a cross into Salvatore Barone who fired a shot off the volley. Richmond’s Trevor Spangenberg came up big in front of the net and made a critical save on the shot that was destined for goal.

The Kickers thought they extended their lead in the 58th minute when Neil Hlavaty sent a beautiful cross into the box. Raul Gonzalez’s header went soaring into the net, but Richmond’s celebration was short-lived as the side official signaled an offsides on Gonzalez.

Penn FC leveled the game 2-2 in the 60th minute. Fabio De Sousa played a deep ball on the counterattack and found Jorge Rivera all alone. Rivera sidestepped Spangenberg who rushed out attempting to make a play, and Rivera tapped it into the net for the equalizer. Rivera tallied his second goal of the match on the play.

Luiz Fernando had his shot at a hat trick in the 77th minute. Fernando made a great run and had a one-on-one opportunity against the goalkeeper, but he put too much power on his left-footed strike and sent it too high.

Richmond scored a go-ahead strike in the 83rd minute to give the Kickers the 3-2 lead. Austin Yearwood stood from just inside the box and sent in a cross that found Heviel Cordovés’ swinging left foot unguarded in front of the net. Yearwood collected his third assist in the last four games for the Kickers on the cross.

The Kickers return to USL play this Saturday, May 26 as they take on the Charlotte Independence at City Stadium for Red, White and Brews, presented by Impawsible Pups. The dog-friendly wine and beer fest starts at 5:30 p.m. with live music by Dr. Con, pet-centric vendors, over a dozen craft beers on tap, a selection of wines, and legendary hot dogs fresh off the grill from Joey’s Hot Dogs. Then, the Kickers take the field to face the Independence at 7:00 p.m. Tickets are on sale now at RichmondKickers.com.