KICKERS ADVANCE ON PENALTIES OVER READING IN OPEN CUP 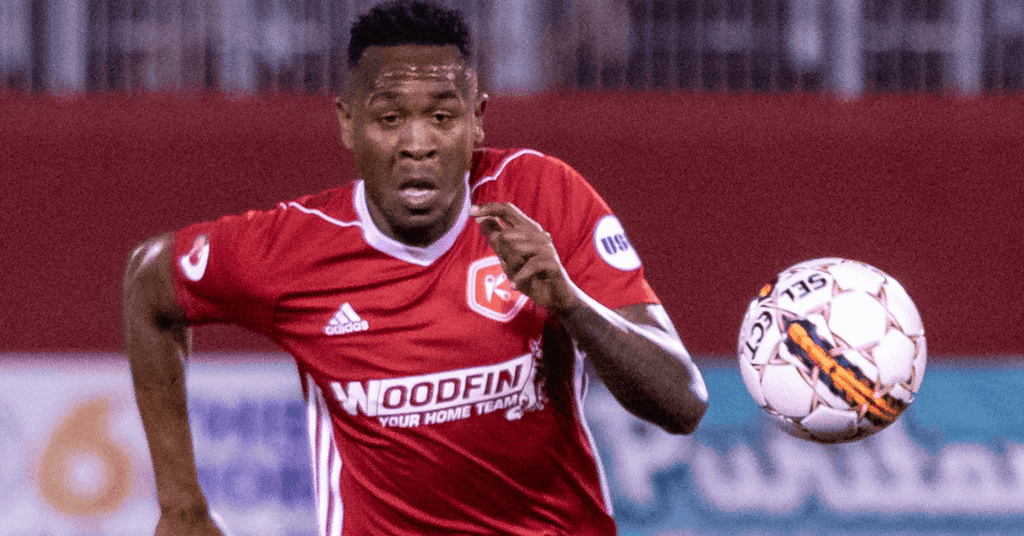 READING, PA — (Wednesday, May 16, 2018) —  The Richmond Kickers advanced to the Third Round of the 2018 Lamar Hunt U.S. Open Cup Wednesday night, after defeating PDL-side Reading United AC 4-3 on penalty kicks, after playing to a 1-1 draw through 120 minutes. Koby Osei-Wusu scored his first professional goal after just eight minutes to give the Kickers the early lead. Reading leveled the score in the 70th minute as Khori Bennett snuck a shot past Trevor Spangenberg. Coming down to the final kick in penalties, Spangenberg made the save on Bennett’s free kick to lift the Kickers over Reading.

The Kickers would take the lead early, with Koby Osei-Wusu scoring his first professional goal in the 8th minute. Oscar Umar nearly lost control of the ball in the midfield as he was able to get it to Brian Shriver in the center of the field. Shriver fed the ball up for Heviel Cordovés, who went for a one-time shot towards goal. Bennet Strutz was able to make the initial stop as the ball rolled away into space. Osei-Wusu pounced on the opportunity and made no mistake in finding the back of the net.

Heviel Cordovés looked to double the Kickers lead just before halftime. Koby Osei-Wusu worked the ball up the left side of the field. After a give-and-go with Cordovés left him with no space, Osei-Wusu played the ball back for Cordovés at the top of the Reading box. He took a touch and went for the near post as Bennet Strutz was there to make the save.

Reading pushed for an equalizer and finally found it in the 70th minute from Khori Bennett. Second half substitute Austin Maloney worked his way up the right side and sent in a cross just before he ran out of field and was able to pick out Bennett making a near post run. Shanosky was a step ahead of him and tried to get a foot in the way, as Bennett got a touch to get the ball into the lower, near post corner.

The Kickers pressed for the go ahead goal just three minutes into extra time. Raul Gonzalez took a throw in quick to Alex Lee. Not finding a target for a cross, Lee instead looked to change up the field playing a quick pass to the middle of the field and Oscar Umar. Umar continued the change over to Yearwood out wide left. He took a touch and looked up to send his cross in towards the six-yard box trying to connect with Heviel Cordovés. Bennet Strutz came off his line to prevent any chance by Cordovés.

Koby Osei-Wusu had a chance just a minute into the second half of extra time to get his second of the night. Off a quick throw in, Raul Gonzalez sent in a dangerous cross to find Osei-Wusu in space. He tried to get a header on frame as it went wide of goal and out for a Reading goal kick.

Richmond would be reduced to 10-men with five minutes to go in the second half of extra time. Raul Gonzalez was called for a foul and issued a yellow card on the play. After some altercations on the field, the referee spoke with his assistant and deemed a red card necessary for Umar.

After 120 minutes, this match needed to come down to penalty kicks to decide a winner. Both Yudai Imura and Raul Gonzalez scored the first two penalties for Richmond, while Aaron Molloy and Daniel Krutzen did the same for Reading. Mekeil Williams stepped up third for Richmond, trying to go to the center of the goal as Bennet Strutz was able to get a hand to it and make the save. Looking for the go ahead penalty, Alex Lipinski had the third chance for Reading only to have his shot saved by Trevor Spangenberg. Richmond would score their next two penalties by Heviel Cordovés and Neil Hlavaty, along with Austin Maloney scoring for Reading. On the final kick, the Reading goalscorer Khori Bennett went to the left corner as Spangenberg dove for the save to send Richmond to the Third Round.

Richmond will host USL Eastern Conference rival Penn FC next Wednesday, May 23 at City Stadium. Kickoff is set for 7:00 p.m. Tickets are on sale now for the Third Round match up at RichmondKickers.com.

The Kickers get back to USL play next Saturday night, May 26 as they take on the Charlotte Independence at City Stadium for Red, White and Brews, presented by Impawsible Pups. The dog-friendly wine and beer fest starts at 5:30 p.m. with live music by Dr. Con, pet-centric vendors, over a dozen craft beers on tap, a selection of wines, and legendary hot dogs fresh off the grill from Joey’s Hot Dogs. Then, the Kickers take the field to face the Independence at 7:00 p.m. Tickets are on sale now at RichmondKickers.com.