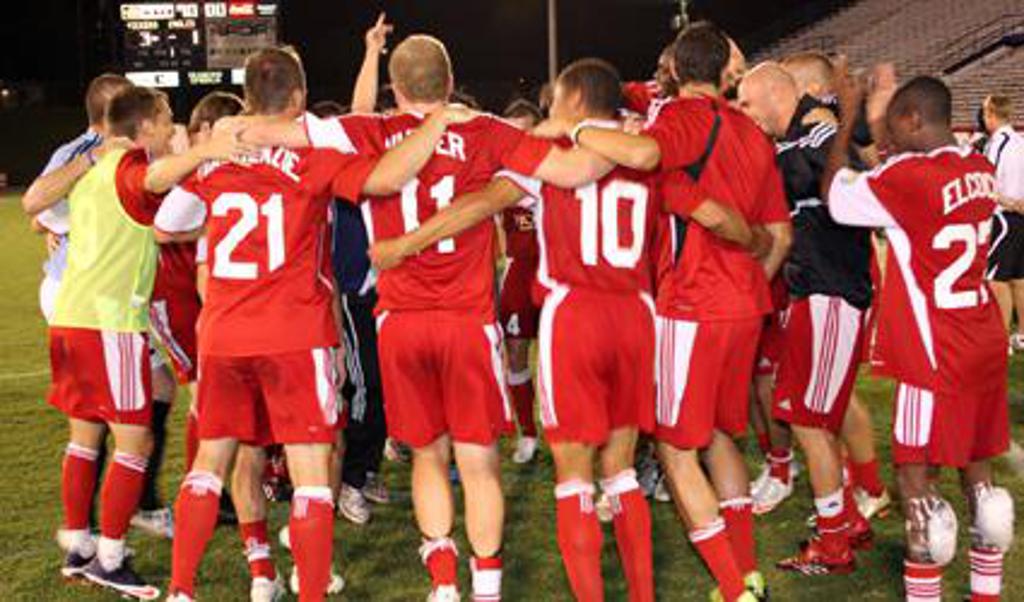 RICHMOND, VA – The Richmond Kickers claimed the 2009 USL Second Division Championship Saturday night with a dramatic 3-1 win over the Charlotte Eagles.  Conceding an early goal, the Kickers were forced to play catch up through the first half when Eagles midfielder Diego Martins struck first in the 14th minute.  Kickers newcomer Edson Elcock tallied the equalizer in the 63rd minute before a pair of back-to-back goals sealed the title win.  Kickers forward David Bulow garnered the USL Second Division Championship Most Valuable Player award after adding a goal and an assist to the scoreline.

The Eagles took an early lead when Martins broke free and found himself all alone with Kickers goalkeeper Ronnie Pascale.  Gathering a well-placed ball played over the top by midfielder Darren Toby, Martins lined up a right footed shoot and found the back left side of the net to give the Eagles the advantage.

A hard-fought battle saw several good changes on both sides of the field but the Kickers could not find the equalizer until after the second half restart.  Game MVP Bulow played the ball across the penalty area and found Elcock at the far post.  The recent addition to the Kickers lineup headed the ball home from point blank range.

The Kickers took the lead 20 minutes later when D.C. United loan John DiRaimondo delivered a free kick from just outside the left side of the penalty area.  Bending a shot around the defensive wall, his shot brushed the head of an Eagle defender as it sailed into the target.

With just five minutes remaining in regulation, the Kickers padded the scoreline when Bulow was awarded a penalty kick.  Taken down inside the box by Eagles goalkeeper Steward Ceus, Bulow lined up the resultant kick to face the 6’6” goalkeeper from the penalty spot.  The ‘keeper guessed right but Bulow calmly slotted the ball into the back of the net.