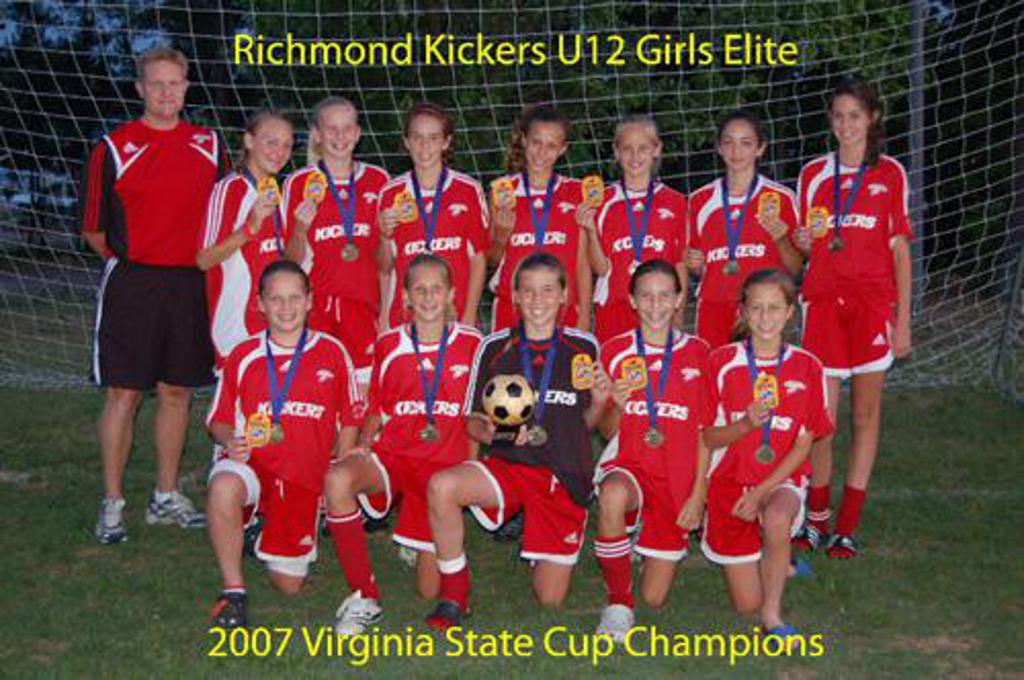 In their quest for the championship the girls outscored their opponent by 1 goal to take the Cup!  After 2 first half goals by Tessa Broadwater and Lizzie Patrick the score was 2 to 1.  In the 2nd half the Academy White team scored with about 7 minutes left in the game to tie the game 2 : 2.  In the last 5 minutes of the game Richmond Kickers’ Rachel Seiler scored the game winning goal for the team.  It was a great match between two highly competitive teams.

This win represents the 2nd State Cup Title for the Richmond Kickers Youth Club.  Back in the Fall the U17 Boys Elite team won the 1st State Cup title for the club.  Coach Sean Kastetter of the U12 Girls Elite team congratulates both teams for competing in a well played game.