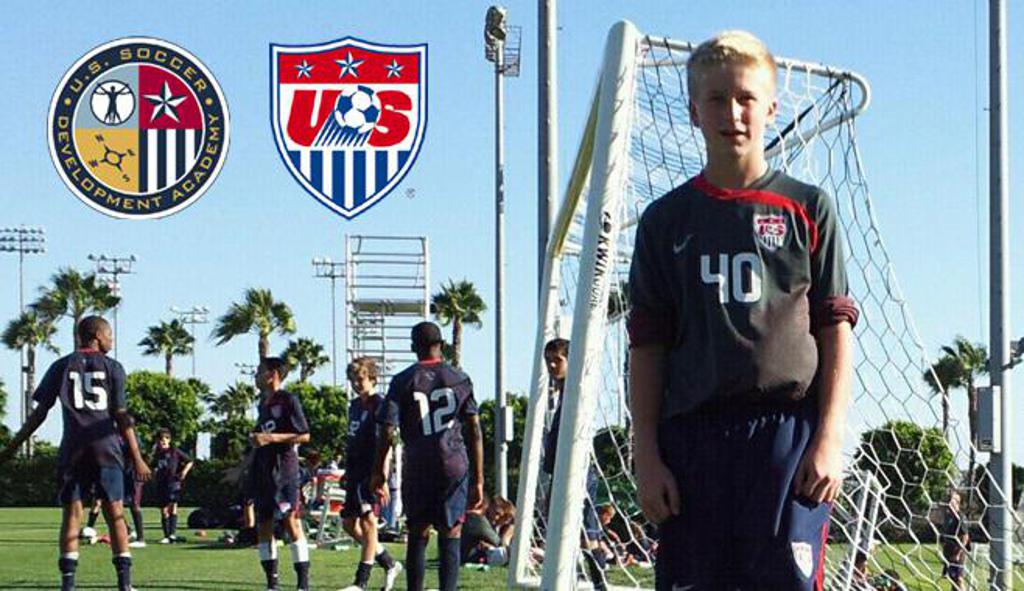 The Richmond Kickers are pleased to announce that Drew Romig has been invited to attend the U.S. U-14 Men’s National Team domestic training camp in Carson, California, March 3-10, 2012.  Hand-selected by Head Coach Hugo Perez, Drew is a true U-14 player who currently plays an age group up with the Richmond Kickers U-15 Elite, and became the youngest player in franchise history to represent the Kickers at the Academy level, recently playing a full 80 minutes in a pair of U-16 U.S. Development Academy league games.

"Drew has been very focused on performing at the highest level both in training and matches,” commented Leigh Cowlishaw, Richmond Kickers U-16 Academy Head Coach and Director of Soccer.  “The Academy environment has certainly challenged him over the last few months. To train and play league matches on a regular basis with talented players several years older has been very beneficial for his development. On behalf of the Kickers we are delighted that Drew’s dedication and talent continues to be recognized and we wish him well at the training camp."

The Home Depot Center in Carson, California will host the selected players for seven days of training and evaluation in front of the U.S. National Team coaching staff.