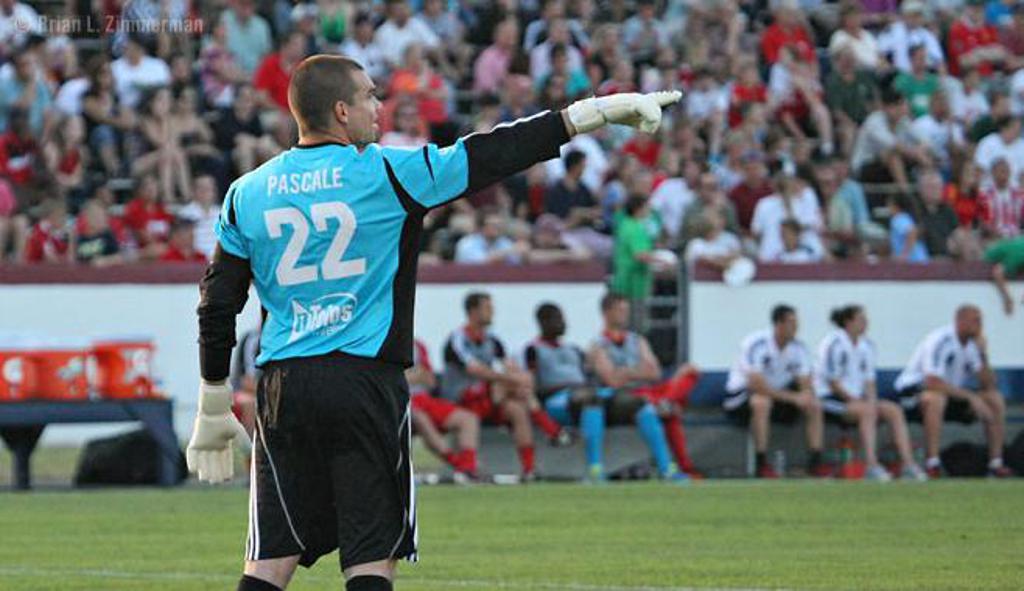 "It’s been an incredible 13 years with the Richmond Kickers, so much more than I ever could have dreamed, but it’s time for me to officially announce my retirement,” stated Pascale.  “I am very proud of the success we have had as a team and as an organization over the past 13 years, and I feel truly lucky to have been able to do what I love to do for as long as I have.”

“I’d like to thank the Kickers organization, staff, coaches, fans, and friends for all the support throughout my career,” he added.  “It has been an honor to be a part of such an extraordinary organization, to have played in front of such great fans, and to have played with so many great players and friends.  I would especially like to thank my family, Stacy, Tabatha, and Brayden, who sacrificed and supported me more than anyone could ever know, and I couldn’t have done it without them."

“We are going to miss a truly unbelievable individual,” commented Leigh Cowlishaw, Richmond Kickers Head Coach and Director of Soccer.  “Ronnie has served the Kickers admirably over the last thirteen years. He is a top class goalkeeper, an inspirational role model to our youth players and a dedicated advocate for our club in the community.  We wish Ronnie well in all of his future endeavors and look forward to him being an important part of the Kickers family for years to come.”

Making more appearances than any other Kickers player in club history, Pascale reached the 300 games played milestone on July 27, 2012 against the Charlotte Eagles and has logged over 27,000 minutes in a Kickers uniform.  Since becoming the club’s starting goalkeeper in 2002, the franchise player has led the team to six Championship appearances and two league titles.  Most recently, he played every minute of every game in during his final season in 2012, adding eight clean sheets, for a total of 98 career shutouts.

Consistently one of the top netminders in the league, the three-time USL Goalkeeper of the Year backstopped the team to historic USL PRO and U.S. Open Cup Semifinals in 2011, ending the campaign with a miniscule 0.960 goals against average in 30 games played. Shoring up one of the best defensive units in the league, the experienced goalkeeper led the back line to a career-best 11 shutouts in 2011, while allowing just 29 goals on the season.  Pascale posted his career-best goals against average (0.740) in 2007, en route to his third consecutive USL title match.

Prior to signing with the Kickers, Pascale spent his rookie season with the Atlanta Silverbacks out of Furman University where he was named Southern Conference Rookie of the Year in 1995. A four-year starter at Furman University, he was named to the Southern All-Conference team four times, Conference Goalkeeper of the year three times, and was twice named to the Second Team All-South. After his senior season, Pascale was named the Furman Male Athlete of the Year (1998/99).