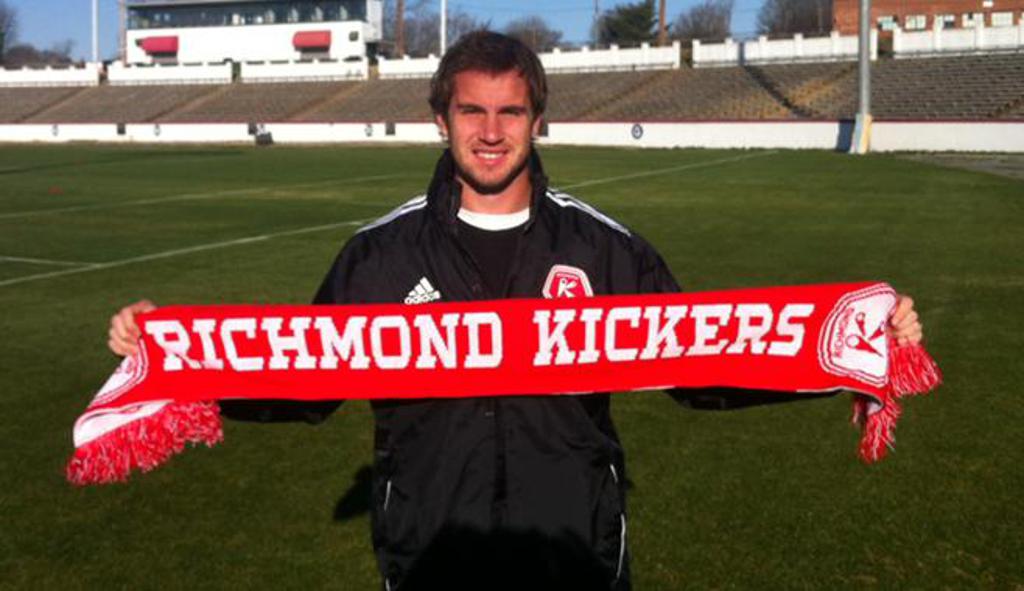 “When we discovered Brian was available on loan we knew we had to bring him back to Richmond,” commented Leigh Cowlishaw, Richmond Kickers Director of Soccer.  “We were encouraged to find that Brian was just as excited to return to his hometown pro team and know that with his strong ties to the Strikers and Deep Run High School, he is a player the entire community can rally behind."

Selected by the Houston Dynamo in the first round of the 2012 MLS Supplemental Draft, Ownby made seven appearances, recording a pair of assists off the bench in his rookie season.  A native of Richmond, Virginia, Ownby signed with Houston after a standout collegiate career at UVA where he made 72 appearances over four seasons, finishing with 21 goals and 10 assists for 52 points.  He was named Second Team All-ACC in 2011 after earning first-team honors in 2010 and was a member of the NCAA Championship-winning team in 2009.  The 5’11” midfielder represented the United States at the 2009 FIFA U-20 World Cup in Egypt, scoring a goal in the group stage match against Cameroon.

The former Richmond Strikers Academy player is a graduate of Deep Run High School, taking Colonial District and Central Region Player of the Year honors in 2008.

Don't miss a minute of exciting Kickers Pro action as they kick off their 21st season on Saturday, April 6.  Richmond Kickers season passes offer unbeatable value, VIP benefits and incredibly low prices to all regular season home games. Guaranteed to see at least 14 USL PRO games for the best possible pricing, Kickers games are a fantastic way to get together with friends, family and colleagues for an unforgettable entertainment experience - order now!