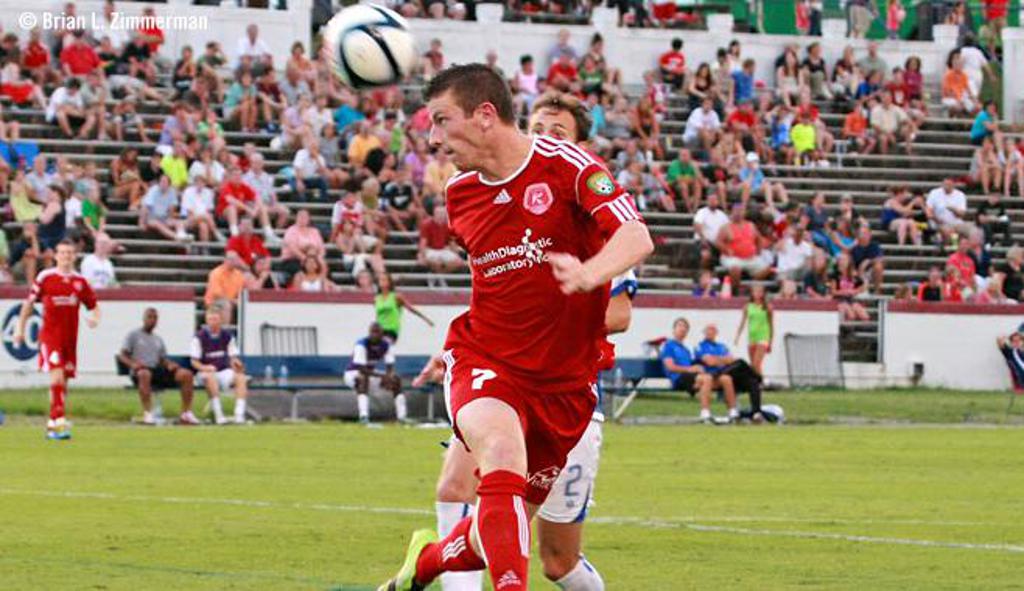 “Deli is our final player signing for 2013 and we could not be more pleased,” commented Leigh Cowlishaw, Richmond Kickers Director of Soccer.  “We've never seen him more motivated to make an impact and we are sure he will have one of his most productive seasons ever in a Kickers uniform.”

Entering his seventh season with the Kickers, Delicâte eclipsed the franchise’s all-time scoring record in 2012, notching 65 goals and 18 assists in 161 appearances.  The three-time All-League First Team honoree has been one of the top goal scorers in the league since his Kickers professional debut in 2004.  Spending the 2006, 2007 and 2008 seasons with the Rochester Rhinos, the native of Kent, England returned to Richmond in 2009, leading the club to back-to-back Championship appearances.

The 2003 CAA Player of the Year, Delicâte holds the career record at Virginia Commonwealth University with 44 goals and 13 assists and is the first player to reach the century mark in career points (101).

Don't miss a minute of exciting Kickers Pro action as their 21st season continues this Saturday, April 13.  Richmond Kickers season passes offer unbeatable value, VIP benefits and incredibly low prices to all regular season home games. Guaranteed to see at least 13 USL PRO games for the best possible pricing, Kickers games are a fantastic way to get together with friends, family and colleagues for an unforgettable entertainment experience - order now!