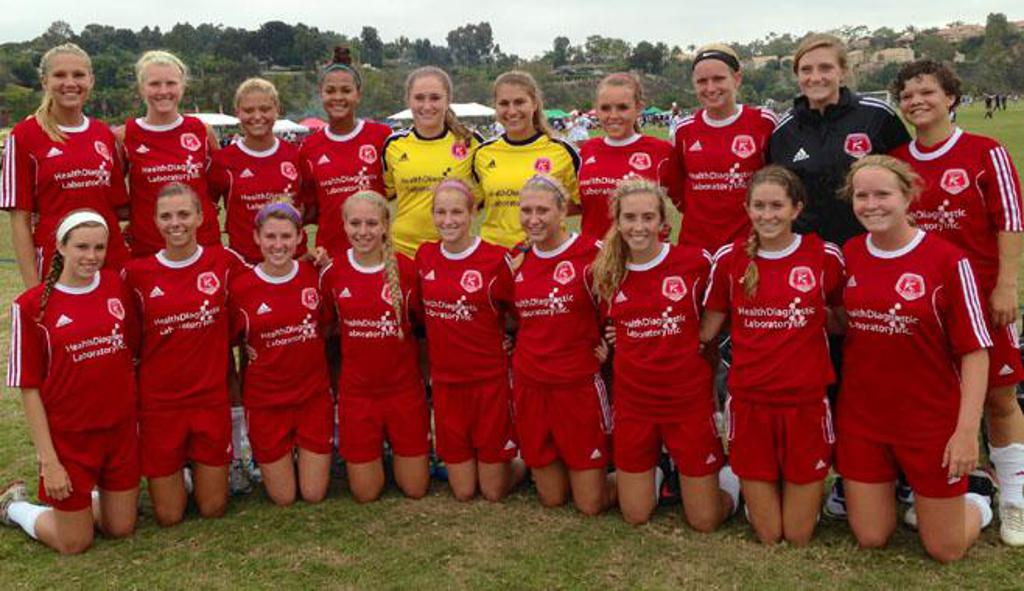 The Richmond Kickers U18 Girls Elite were impressive this past weekend at the prestigious 2013 San Diego Surf Cup.  Playing in the Top Rated 16-team Women's U18 Super Group, the three opponents in the Kickers bracket were all ECNL teams.

Paired with the 2012 tournament runner up, So Cal Blues Draluck, the Kickers got off to a solid start with possession and a few quality chances early on but were unable to convert. Midway through the opening half, the Blues solved the Kickers backline and opened the scoring with a composed finish.  A disputed second goal towards the end of the half left the Kickers searching for answers, and led to a 2-0 half time deficit.  The Kickers showed great resilience, opening the second half with two quality chances but were unable to convert.  Despite good possession and attacking flow, the Kickers were unable to get on the score sheet, while conceding a late goal as they threw additional numbers into the attack.

It was a wonderful performance by the girls this past weekend on the West Coast.  The trip should be a good barometer as they prepare for the fall season, demonstrating a beautiful feel for the game, and ability to compete in any stage in the country. Highlights included winning their bracket and countless praise from college coaches, opposing teams and other parents impressed with the girls commitment to possession soccer and free flowing attacking soccer.

Congratulations girls on a job well done.  We are proud of you for representing the Richmond Kickers soccer family and the Richmond Soccer Community so well.  Safe travels home.  Go Kickers!