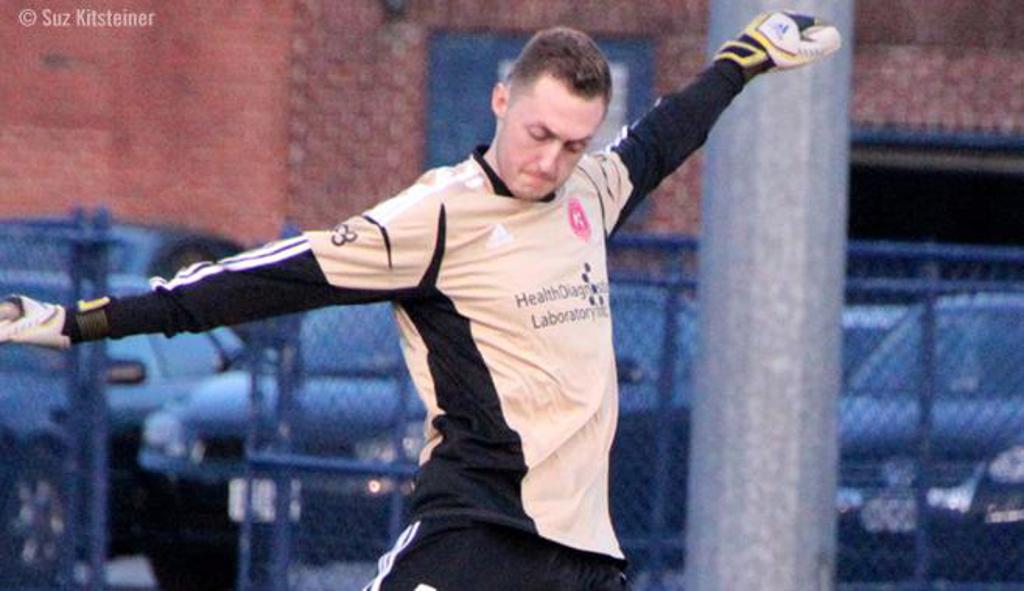 RICHMOND, VA - (Tuesday, August 6, 2013) – The Richmond Kickers and goalkeeper Ryan Jones today announced that the two have mutually agreed to terminate his contract to pursue interest in England.  Jones appeared in four matches this season, making his home debut on May 31 when he posted a shutout in the club’s 1-0 win over the Phoenix FC Wolves.

“We would like to thank Ryan for his time with the Kickers, and we wish him all the best in the future,” commented Leigh Cowlishaw, Richmond Kickers Director of Soccer.

In 2011, at age 18, Jones became the youngest player to sign with the Kickers professional team and has spent the last three seasons in Richmond.  The youngster earned his first start for the Kickers on August 14, 2011 when he backstopped the team to a scoreless draw against the Los Angeles Blues.

The 6’6” native of Liverpool, England began his career at the Liverpool Academy, winner of the FA Youth Cup in 2006 and 2007.  Signing with Leeds United of the English NPower Championship for the 2008-09 season, Jones featured several times for the first team as a substitute before being released as a second year apprentice.  He also saw stints with NPower League 1 side Rochdale AFC before making three appearances with Northwich Victoria of the Evo-Stik Premier League.