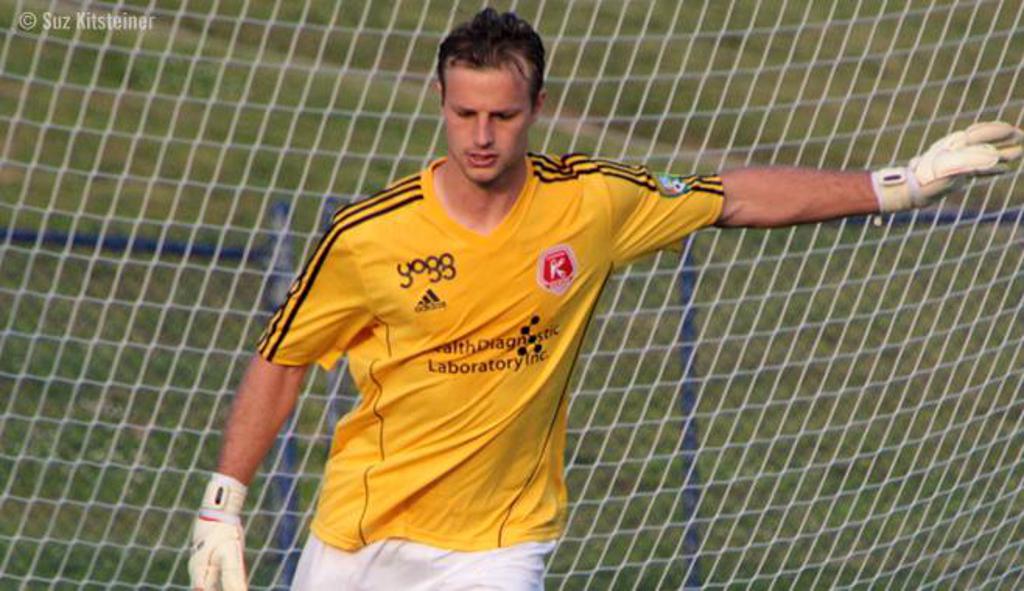 RICHMOND, VA - (Tuesday, August 20, 2013) – The Richmond Kickers are pleased to announce that goalkeeper Andrew Dykstra claimed the USL PRO Goals Against Average award as he finished the season with a GAA of 0.863. Dykstra was a key factor for the stingiest defense in USL PRO, leading the league with 10 shutouts in 22 appearances, amassing a 13-1-8 goalkeeper record en route to the Kickers’ USL PRO Regular Season Championship.

The Woodbridge, Virginia native joined the Kickers for much of the season on loan from the club’s MLS affiliate, D.C. United.  A standout at Virginia Commonwealth University, Dykstra played in 73 matches over four seasons, totaling more than 6,500 minutes. He earned All-CAA honors twice and finished his collegiate career with 18 career shutouts.  Spending four seasons with the Kickers Premier Development team (2005-2008), he made 50 appearances in a Kickers uniform, amassing nearly 5,000 minutes and posting eight shutouts.

Signing with D.C. United prior to the 2012 campaign, Dykstra spent most of the season on loan with Kickers USL PRO rivals Charleston Battery.  Leading the Battery to a 12-6-2 record, he made 23 appearances en route to the USL PRO Championship title.  While with Charleston in 2011, he led the league with a 0.98 goals-against average and 16 goals against, while earning the club’s Betsy McAdams Newcomer of the Year award.

Dykstra previously spent time with the Chicago Fire, signing with the MLS side in June of 2009, making 17 total appearances over two seasons. He made his MLS debut with the Fire on March 27, 2010 in the season opener against New York Red Bulls and finished the season with a 5-6-6 record, including five shutouts and an 1.28 goals-against average.

The Richmond Kickers return to City Stadium this Saturday, August 24 to host the Dayton Dutch Lions in the USL PRO Quarterfinals.  Kickoff is slated for 7:00 p.m. and tickets are on sale now at RichmondKickers.com.