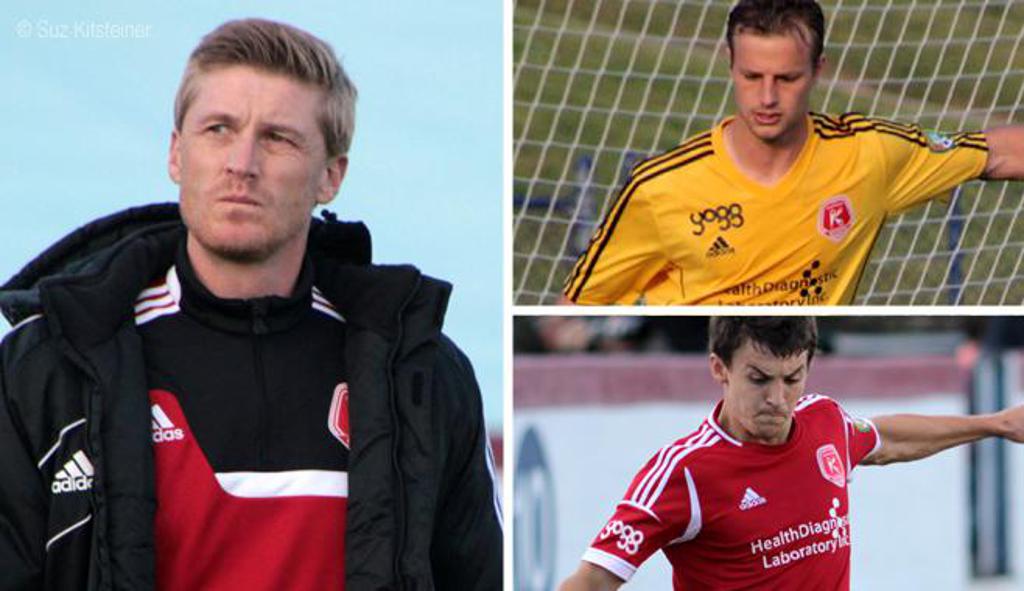 Dykstra joined the Kickers for much of the season on loan from the club’s MLS affiliate, D.C. United and claimed the USL PRO Goals-Against Average award as he finished the regular season with a GAA of 0.863. Named to the USL PRO All-League First Team, Dykstra was a key factor for the stingiest defense in USL PRO, leading the league with 10 shutouts in 22 appearances, posting a 13-1-8 goalkeeper record en route to the Kickers’ USL PRO Regular Season Championship.

Robinson led the team in assists with nine through the regular season, adding a 10th assist during U.S. Open Cup play.  Contributing four goals in his debut season, he finished third on the team in scoring with 18 points overall.  After spending the 2012 season with the Michigan Bucks of the USL Premier Development League, the Novi, MI native impressed at the Kickers preseason combine and signed with the team just 24 hours before the 2013 season opener.

Pittsburgh’s Jose Angulo took home the Most Valuable Player Award while Colin Falvey of the Charleston Battery claimed the Defender of the Year honors.  Votes for the USL PRO honors are submitted by USL PRO team management, and finalists are determined based on total All-League votes.