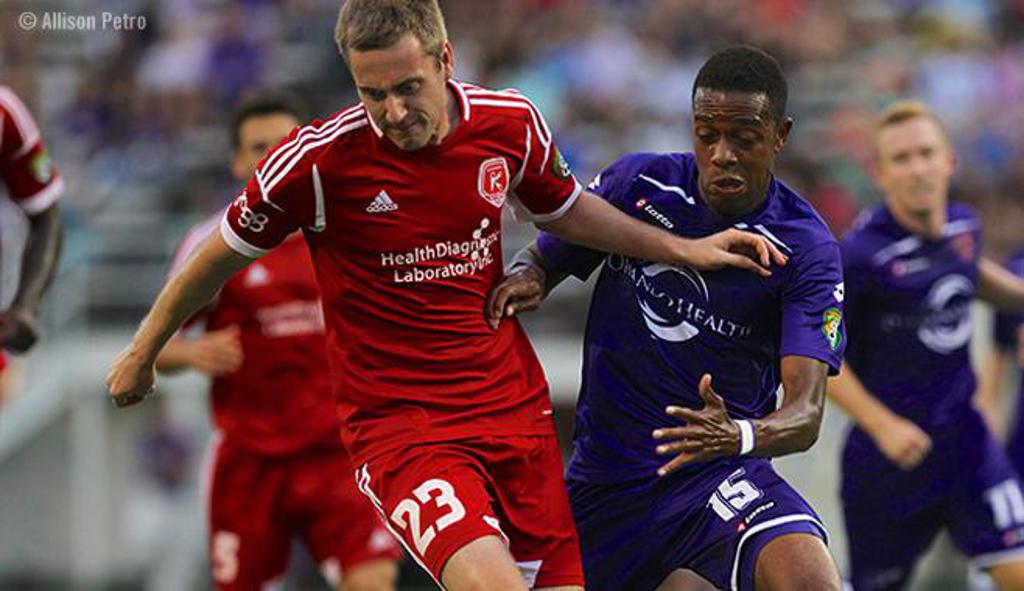 RICHMOND, VA – (Tuesday, October 15, 2013) – The Richmond Kickers are pleased to announce that player/assistant coach, Sascha Görres, will be inducted into the University of North Carolina – Pembroke (UNCP) Athletics Hall of Fame at the Alumni Awards Banquet on Thursday, October 31.  Chosen by a five-person search committee, Görres is one of four former student-athletes to join the 2013 class on the distinguished listing.

A 2004 NSCAA First Team All-American and Academic All-American, Görres anchored the 2003 and 2004 UNCP squads that made consecutive NCAA Tournament appearances.  While under the command of then-head coach Mike Schaeffer, the Braves combined for a 33-4-2 (.872) during Görres’ tenure, including a 16-3-0 record in 2004 that keyed the club to the Peach Belt Conference regular season and tournament championships.

Görres was recognized as All-Conference and All-Tournament as well as named to the NSCAA All-Southeast Region squad and the NSCAA/adidas Scholar All-American team. One of only two All-Americans to play for UNCP, Görres holds the single season assists record with 19 (2003) and the career assists record with 28, scoring the game-winning goal in the 81st minute of the NCAA quarterfinal match that sent UNCP to their first ever Final Four appearance.  He is tied for second in the league in single season assists and ranks ninth in career assists.

Drafted by the Richmond Kickers following his collegiate career, Görres has anchored Richmond’s starting lineup since the 2005 season, logging nearly 20,000 minutes in a Kickers uniform.  Ranking fourth on the Kickers all-time games played list, he reached the 200th game mark on August 11, 2012 as the only field player to play every minute of every game that season.  Integral on both sides of the ball, the native of Flensburg, Germany contributed to 13 shutouts in 2013 while adding firepower with five assists.

A two-time USL All-League First Team honoree, two-time USL All-League Second Team honoree and 2008 USL Defender of the Year Finalist, he holds the franchise record for most consecutive games played (107) and resides in second place on the club’s all-time career assists list with 45 and in sixth place on the all-time career points list with 77.  Joining the Kickers pro coaching staff in 2013 as Assistant Coach, he also coaches Kickers U9 Boys, U13 Boys and U18 Academy travel teams.