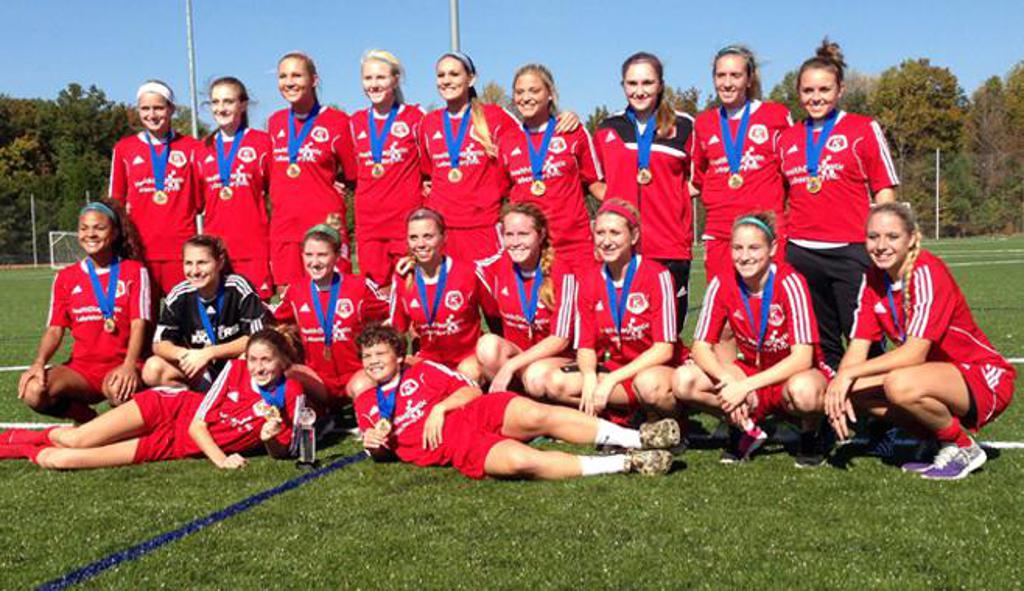 “I am so proud of the U18 Girls on their well-earned State Cup Championship this weekend,” stated Rob Ukrop, Richmond Kickers U18 Girls Elite Head Coach.  “The girls put forth an outstanding effort in both the semifinals and finals, defeating two of the most well-respected girls clubs in the country, PWSI and Braddock Road. I am honored to lead this special group of young ladies, and appreciate the patience and continued support of their families on our soccer journey.”

Claiming their first State Cup title at the U13 age group, the U18 Girls jumped out to an early 1-0 lead and added a second goal just before halftime before a third tally early in the second half closed out the defending champions.  The U18 Girls punched their ticket to the finals by defeating a strong and talented PWSI team 3-1 on Saturday.  Fighting back from a 1-0 deficit at the half, the Kickers used a free flowing attacking style to gain control with two goals in two minutes before posting the game-clinching goal late in the second half.

The Richmond Kickers U16 Girls Elite advanced to the Virginia State Cup Championship game after edging SYC United Pride 2-0 in the semifinals to set up a rematch of the 2012 final against PWSI Courage.  After PWSI had a goal disallowed within the first ten minutes, the Kickers gradually gained the upper hand with solid team defending and good combination play.  Scoreless through the first half, the Kickers weathered late offensive pressure in the second half to force overtime but the extra time could not separate the teams as PWSI prevailed on penalty kicks to secure back-to-back State Championships.

"This was an amazing run for the U16 Girls Elite team and the players can be very proud of their achievements," commented Andy McIntosh, Richmond Kickers U16 Girls Elite Head Coach.  "It is tough to lose on penalty kicks, but this will only motivate us to go one better next year."

The Richmond Kickers U15 Girls Elite Final Four run ended just short of the Championship match as they conceded a hard-fought 2-0 loss to Braddock Road Elite in their semifinals. Controlling the game for the first half hour, the Kickers were unable to benefit from numerous scoring chances as an opportunistic Braddock Road capitalized on a Kickers defensive mistake to take the lead late in the first half.  Braddock Road converted a free kick into the upper 90 with 20 minutes remaining but the Kickers continued to press late in the game, only to be kept out of the scoring column by their opponent’s outstanding defense.

"I’m extremely proud of the performance and effort by my girls,” said Mark Stollsteimer, Richmond Kickers U15 Girls Elite Head Coach.  “We created plenty of scoring opportunities and played extremely attractive soccer. I give Braddock Road a tremendous amount of credit for having a very solid defense and taking advantage of the opportunities we gave them."

The U18 Girls Elite will represent the Richmond Kickers in the Region 1 Championship to be held in Kingston, Rhode Island, June 26-July 1, 2014.