U15 Girls Elite Crowned Champions, U16 Girls and U17 Girls Shine in Showcase 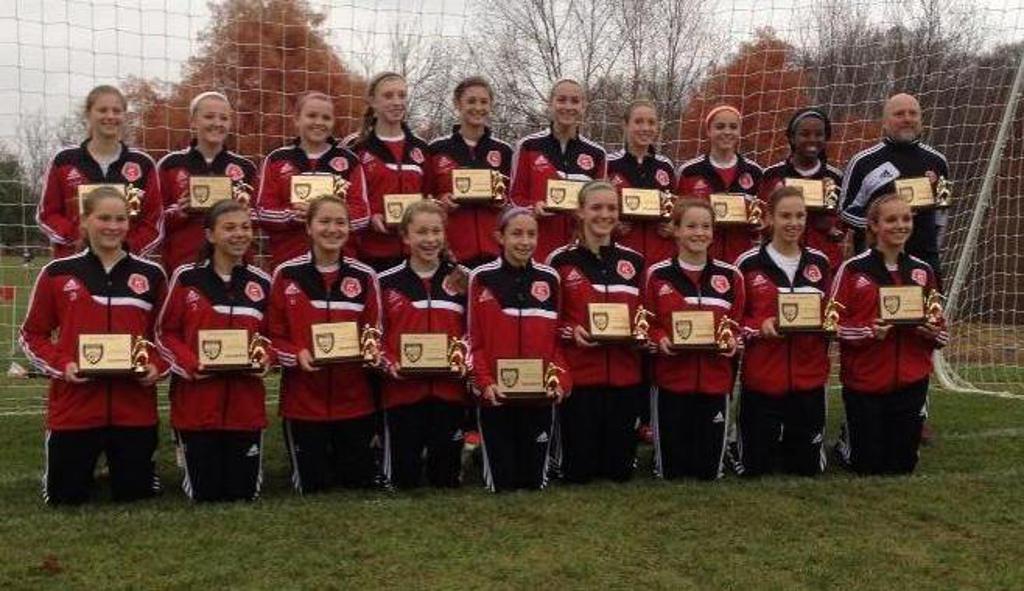 The Richmond Kickers U15, U16 and U17 Girls Elite teams had a remarkable weekend of soccer in Bethesda this weekend recording a combined 7 wins, 1 tie and 2 losses.

The U15 Girls Elite began the weekend with a tough fought 1-0 victory against Vienna Thunder Black and followed this up with a 3-1 win against New Jersey Rush, currently ranked ninth in the country. These two results guaranteed a place in the final, and despite a 1-0 defeat Sunday morning the girls powered to a 4-0 championship win against Premier Real from Maryland with a great combination of tough defending and flowing forward play.

The U16 Girls Elite also had an excellent weekend in Bethesda. The first game of the weekend was against Haverford Premier, who were ranked fifth in the nation going in to this event. The Kickers stormed into a 1-0 lead at half time, but Haverford tied the game early in the second half. However, the Kickers rallied and scored three goals in the last 20 minutes to win the game 4-1. Special mention to Mason Courter who posted two goals and Emily Wigg who produced some outstanding saves. The second game of the weekend was a 0-0 tie against ISA Thunder which left the Kickers needing to win on Sunday to finish top of the group. They finished the weekend in style, recording a 4-0 victory against Matchfit Juventus to guarantee first place in the Chesapeake division.

The U17 Girls Elite produced a solid weekend of soccer in Bethesda beginning with a 1-0 victory against Massapequa Explosion with Jessica Scruggs notching the lone goal. The girls followed this up with a powerful 7-0 victory against Barcelona AZ on Saturday, meaning that anything but a loss on Sunday would secure first place in the Seneca division. In the final game against Vaughan Azzurri from Canada, Gillian Hogg put the Kickers 1-0 up at half time but unfortunately they could not hold on and conceded a 3-1 defeat to finish in second place.