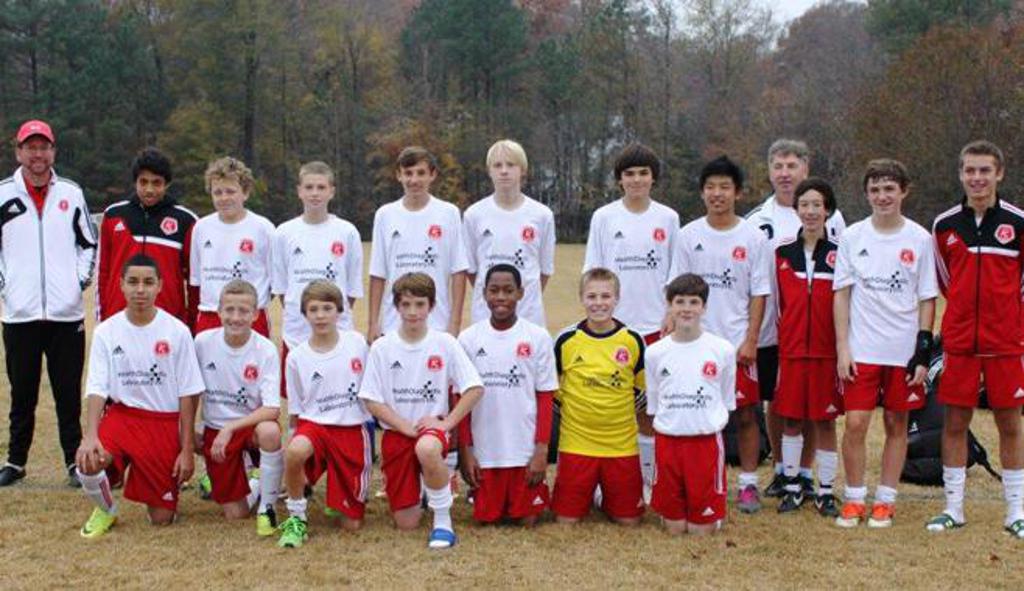 Richmond Kickers U14 Boys South, led by head coach David Taylor, finished up as Champions of the Virginia Soccer League Division 1. Despite starting the season with a 3-1 defeat at Churchland, the Kickers responded with a 5-0 victory at home to ODSC and then a hard fought 3-2 away win at Newport News. This was followed up with a win against Beach FC and a 3-3 tie at ODSC. Then came back to back 4-1 wins against Newport News and Beach FC and the boys finished off the season with a crushing 6-0 victory against Churchland, the team that they lost to in the first game of the season.

The U14 Boys South also finished runners up in the Kickers Columbus Day Tournament and the Virginia Cup. Congratulations to Coaches David Taylor, Jeff Parker and the boys!