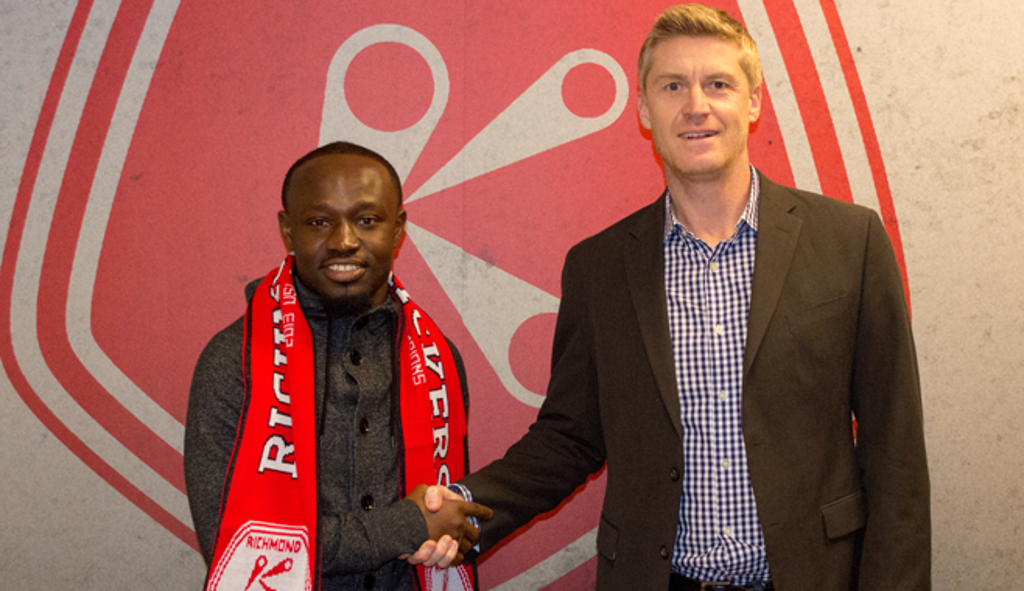 RICHMOND, VA - (Saturday, January 17, 2015) – The Richmond Kickers are pleased to announce that midfielder Fred Owusu Sekyere has agreed to terms for the 2015 season.

“We are delighted to bring Owusu back home to Richmond,” commented Leigh Cowlishaw, Richmond Kickers Director of Soccer.  “He had a stand out year with Charlotte amassing over 2,000 minutes in 2014. He's at the prime of his career and very eager to make an impact for his hometown team.”

A standout at Virginia Commonwealth University from 2006 to 2009, Owusu led RVA FC of the National Premier Soccer League to the 2013 National Championship before signing a professional contract with the Charlotte Eagles.  The Ghanaian midfielder made 28 appearances in Charlotte last season, boasting over 2,000 minutes in an Eagles uniform while  contributing two goals and three assists.

Don't miss a minute of Kickers Pro action when the USL PRO season kicks off this spring. Richmond Kickers Season Ticket Benefits include 50-75% off match day prices, exclusive invitations, merchandise discounts and VIP benefits. Guaranteed to see all regular season, U.S. Open Cup and playoff games for the best possible pricing, Kickers Season Tickets are a fantastic way to get together with friends, family and colleagues for an unforgettable entertainment experience - order now!