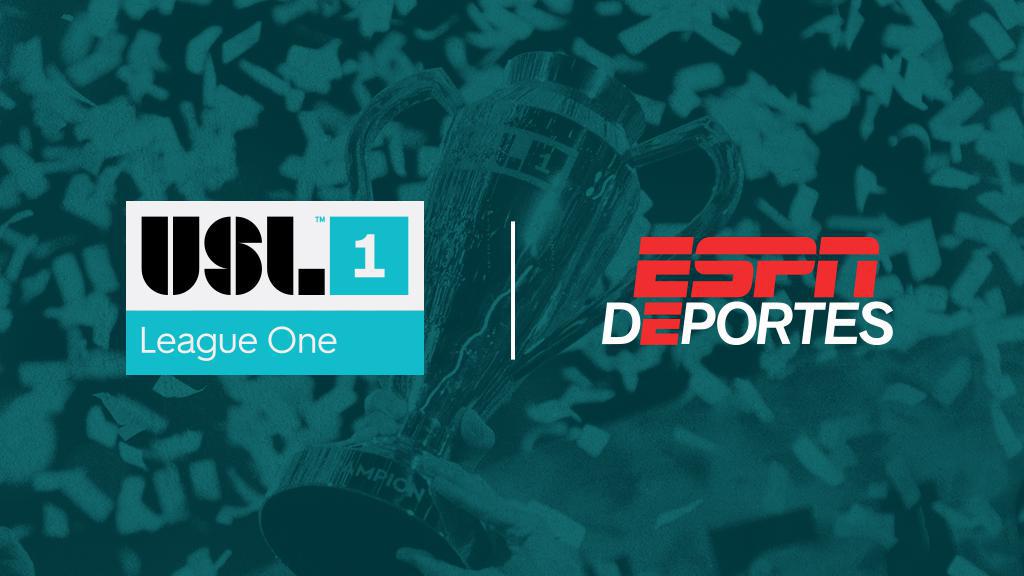 TAMPA, Fla. – USL League One announced today for the first time in league history the USL League One Final will be broadcast on linear television, airing live on ESPN Deportes on Friday, October 30th at 8 p.m. ET. In addition to the Spanish-language broadcast, the Final will stream live in English on ESPN+ for the second consecutive season and will be broadcast live on SiriusXM FC Radio for the first time.

As part of USL’s broadcast rights deal with ESPN, which extends through the 2022 season, League One’s first two seasons have streamed live on ESPN+. The digital platform will carry the remaining regular season matches as teams vie for a place in the League One Final, with the two teams atop the 11-team table earning a trip to the title game.

“The 2020 League One season has provided tremendous excitement on the field, and the Final will serve as a great conclusion to a challenging season,” said USL Executive Vice President Court Jeske. “To have a match broadcast on the ESPN family of networks so early on in the league’s history is a fantastic milestone and one we couldn’t have reached without the commitment of our clubs and support of our communities across the country.”

In addition to being the first League One match to air on linear television, the Final will be the first Spanish-language broadcast in the league’s history.

In August this year, the USL announced that SiriusXM FC will be the exclusive satellite radio home of the USL League One Final and USL Championship Final for the next two seasons. Fans can tune into the match on October 30th on channel 157 on SiriusXM.