Kraft, Terzaghi Named to Team of the Week

Both Scored in Second Consecutive Match for Victory Over Greenville 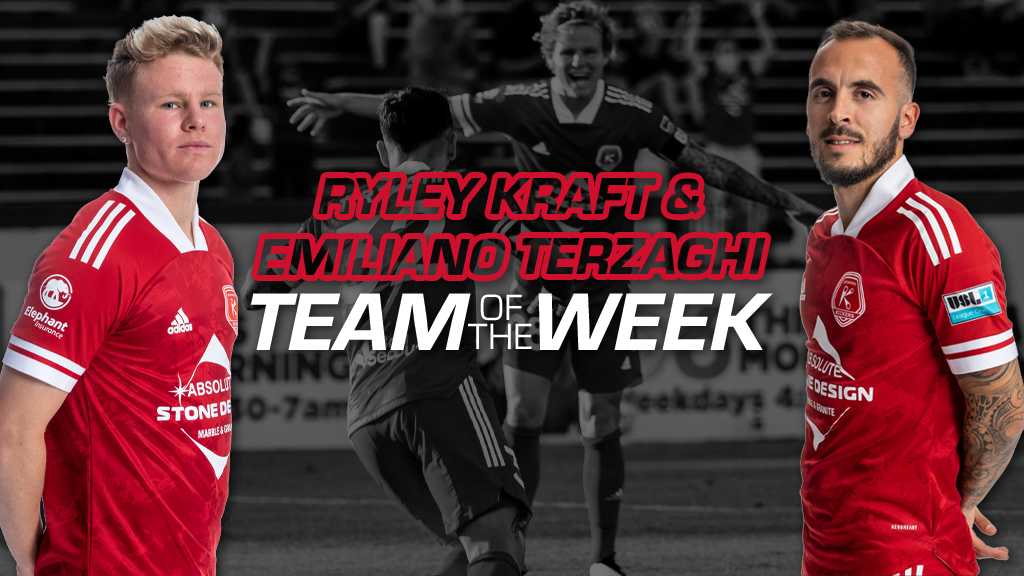 RICHMOND, Va. – (Tuesday, September 1, 2020) – USL League One announced on Tuesday that Ryley Kraft and Emiliano Terzaghi have been named to the Team of the Week for Week 7. Kraft makes his first appearance, while this is Terzaghi’s third time being named on the Team of the Week.
For a second consecutive match, Kraft has come away with the game-winning goal, this time over the league leaders Greenville Triumph SC. Playing 54 minutes in this match, he recorded two recoveries and had the lone shot on goal to lead the Kickers to their fourth straight victory.
Terzaghi continues his run of form, scoring his fifth goal in six matches in the 15th minute against Greenville. He is now in a three-way tie for goals in USL League One. The Argentine also had one recovery in his 77 minutes of play.
The Kickers go on the road this Saturday night, traveling to face FC Tucson at Kino North Stadium. This match kicks off at 10:30 p.m. EDT. Catch the match live on WTVR CBS 6.3 (Comcast 206, Verizon FiOS 466) and streaming on ESPN+.

USL League One Team of the Week – Week 7

D – Damia Viader, Union Omaha: Viader won 9 of 13 duels and made nine recoveries and two interceptions while winning 4 of 5 tackles to help Omaha earn a 2-1 victory against FC Tucson on Saturday night.

M – Devin Boyce, Union Omaha: Boyce scored once and completed 22 of 25 passes and won 2 of 3 tackles for Los Buhos as they maintained their undefeated record with a 2-1 win against FC Tucson.

M – Ryley Kraft, Richmond Kickers: Kraft scored what proved to be the game-winning goal and also completed `12 of 16 passes and won 3 of 5 duels to help the Kickers claim a 2-1 victory against Greenville Triumph SC.