Veteran Midfielder Joins Richmond Ahead of USL League One Season 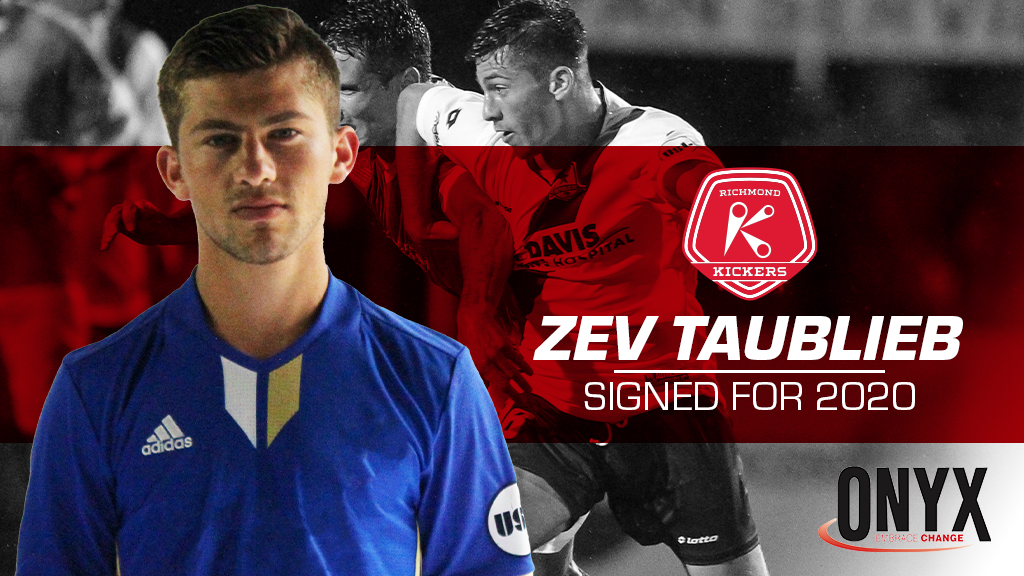 RICHMOND, Va. – (Monday, May 11, 2020) – The Richmond Kickers are pleased to announce the signing of midfielder Zev Taublieb for the 2020 USL League One season, pending USL League One and USSF approval.
"Having known Zev for a few years and watching his relentless work to excel in so many venues as a pro player, he was a natural fit for what we are building this year with the Richmond Kickers,” said Darren Sawatzky, Kickers Sporting Director and Head Coach. “I am glad we were able to bring him in and we look forward to adding his experience to an already competitive midfield.”
A veteran of the USL Championship, Taublieb most recently featured for Åtvidabergs FF and Varbergs BoIS in Sweden over the last two years. Born in New York City, Taublieb had stints at local rivals Charlotte Independence (2017) and Wilmington Hammerheads (2015-16). He burst onto the USL scene in 2015, making 10 appearances with Sacramento Republic FC in his first professional season, scoring one goal.
“I am really excited and proud to be able to say I am apart of the Richmond Kickers,” commented Taublieb. “We have a great history, amazing fans, and a really special team of owners, staff, coaches and players.”
Playing four years at Valparaiso University, Taublieb made 65 appearances. In his senior season, he led the Crusaders to their first-ever Top 25 ranking. During his collegiate career, Taublieb played with both the Des Moines Menace and Seattle Sounders U-23s in USL League Two.
When the Kickers get back on the field, make sure you are there the entire season with a 2020 Season Membership, on sale now at RichmondKickers.com. Season Memberships are the ultimate way to support your Richmond Kickers and enjoy the thrill of every matchday at City Stadium. Memberships are a perfect fit for individuals, families, and businesses looking to take advantage of the best prices and exclusive perks we have to offer!