Survive and Advance: Kickers move on to the USL eCup Knockout Rounds 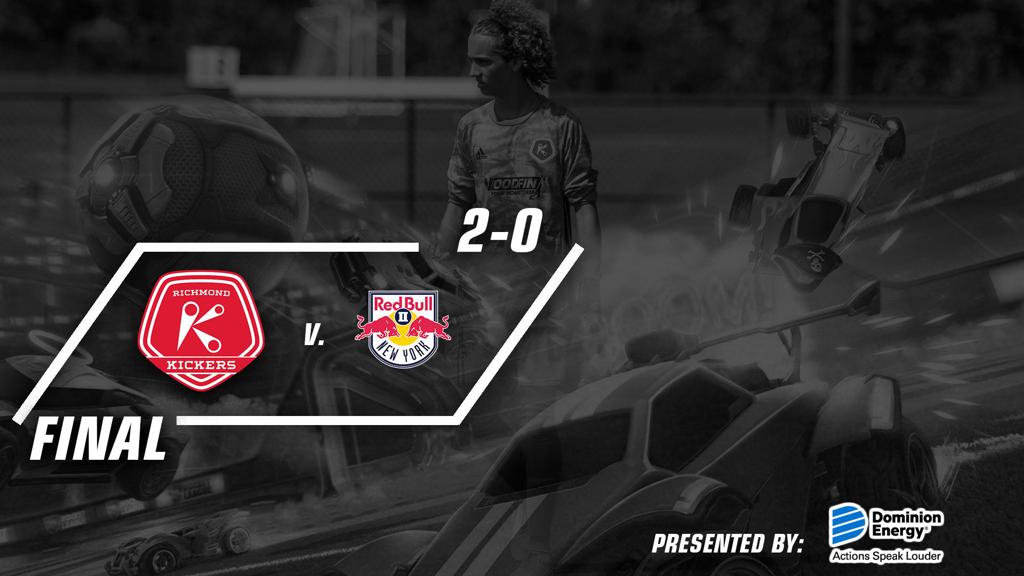 Red Bulls drew first blood in the opening match, but Hendricks responded quickly to tie up the match and, soon after, take the lead. The two players would trade goals during the first half of the match before Hendricks turned it up another level and created an insurmountable lead to win 8-4.

With the win in the opening match, the Kickers earned advancement into the knockout rounds based on the game differential and the rest of the possible matches were mere formalities.

Nonetheless, Hendricks took command of the second match as he dominated possession and kept the ball in New York's defensive half. He continued the press and managed to put together a 4-1 scoreline that would hold until the end of the match.

Now, the Kickers will wait to learn their fate when the USL eCup holds its knockout round draw in the coming days.

Follow the rest of the USL eCup at the league's official page.

And to learn more about our charitable partners, Feed More who the Kickers are representing in the tournament, please visit their website and consider a donation or volunteering to assist in their projects across the Richmond, Va. area.