Kickers' attempt to make the knockout round is delayed 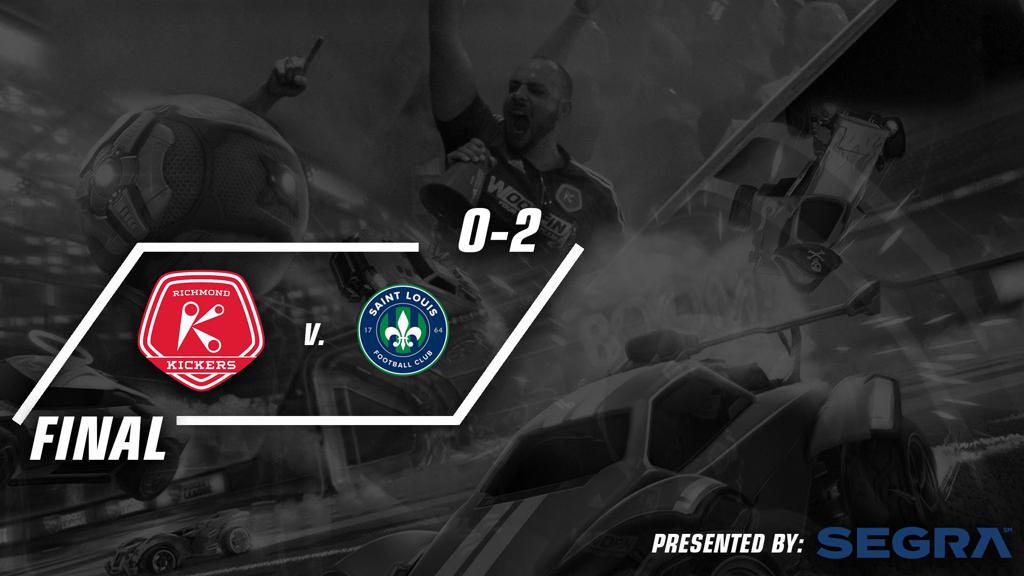 RICHMOND, Va. – (Monday, April 6, 2020) – The Richmond Kickers fell to Saint Louis FC in successive matches as the USL Championship side earned a stranglehold over the group.

The River City Red Army's drummer, Mike Dillon took charge of the virtual sticks as the Kickers' plan to rotate between players during the group stage continued. However, the Red Army's heartbeat was stopped as Saint Louis' Alamaxia continued his strong performances in the group stage.

Dillon set the tone early in game one as he aggressively pushed to find the opening goal, but Saint Louis was able to counter and take the lead in the opening minute. The match would continue in a similar fashion as the Kickers' attempts on offense were countered and ended with a Saint Louis goal. With the score at 10-0 to Saint Louis, Dillon was able to find the net in successive attempts in the final minute, but two more goals from Alamaxia before the end of the match would end momentum and cancel out the swing in goal differential.

The second match played out like the first match as momentum was clearly in Saint Louis' favor and the Kickers were left reacting. With the second match cinched up with a scoreline of 14-0 in favor of Saint Louis, Richmond was left to start game-planning for the final match of the group stage.

The Kickers will face New York Red Bulls II on Wednesday, April 8 at 5 p.m. with a spot in the knockout stage on the line. With North Texas SC barely edging past Red Bulls II, Monday night, Richmond moves down to third place in the group tied on points with North Texas but behind in goal differential.

The Reds will move on to the knockout stage with a win over New York and a Saint Louis win over North Texas. If the Kickers win and North Texas pulls an upset over Saint Louis in game three, the second place in the group will be determined by goal differential.

Follow the rest of the USL eCup at the league's official page.

And to learn more about our charitable partners, Feed More who the Kickers are representing in the tournament, please visit their website and consider a donation or volunteering to assist in their projects across the Richmond, Va. area.