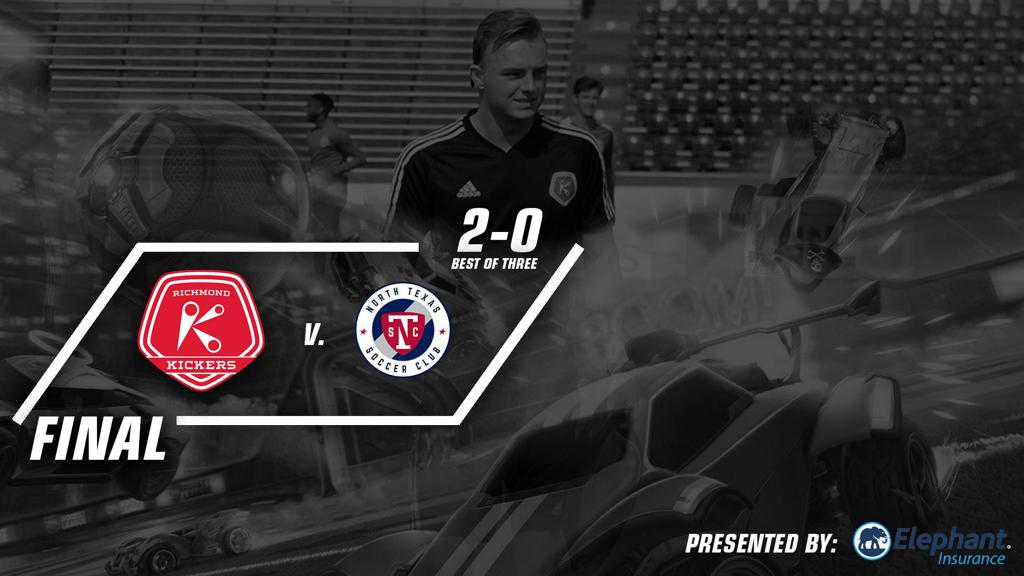 A best of three series, North Texas were quick to score as they knocked in the opening goal of game one in the first seven seconds, but, Bostic was quick to answer. The first game would see Bostic and North Texas trade goals before Bostic would rattle goals in succession to take it 7-4.

Game two saw North Texas open the scoring again, that time with a goal in the opening two seconds, then, North Texas doubled its lead inside of the first minute. However, Bostic rallied to score three unanswered goals making the score 3-2. Ultimately, Bostic would score three more while conceding only one to win the match 3-2 -- completing the clean sweep of North Texas.

With the first match in the books, the Kickers move on to face Saint Louis in the second of three group stage matches. The match against the USL Championship could very well determine the winner of the group as both teams sit tied on points with Saint Louis holding a higher goal differential. The match time will be announced at a later date.