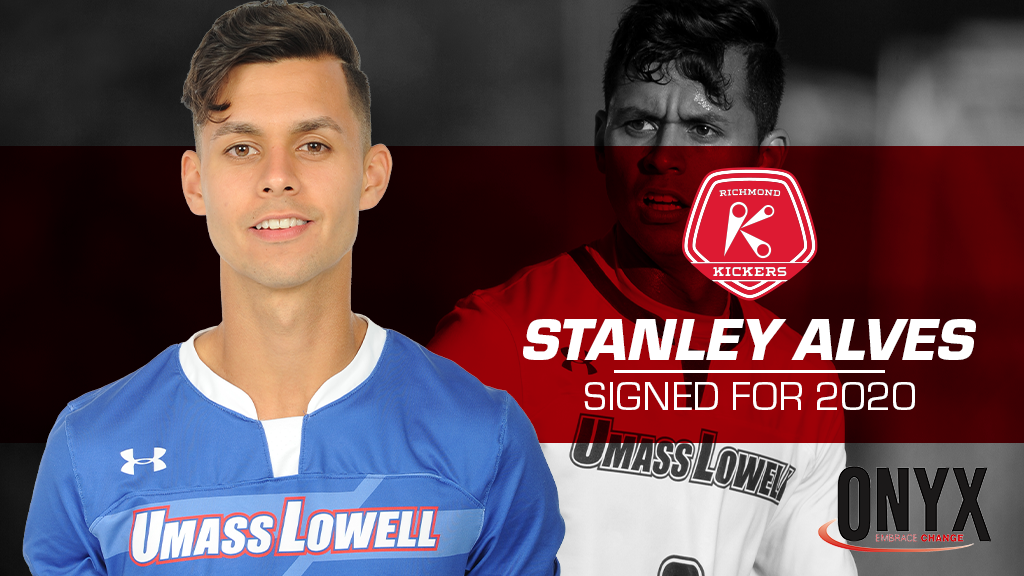 "Stanley was a player we watched during the college season at Lowell and he attended our combine weekend in December,” commented Darren Sawatzky, Kickers Sporting Director and Head Coach. “He is clinical in his finishing and he puts himself in good positions to finish off opportunities created by the team. Having another attacking option creates competition and brings the level of players up in our team.  We look forward to getting Stanley in front of the goal."

A native of Minas Gerais, Brazil, Alves was named to the Bay State League three times along with being named to the Eastern Mass All-Star team in high school before committing to the University of Massachusetts Lowell. Over 51 matches with the Riverhawks, Alves scored 13 goals and notched four assists. During his collegiate career, Alves has stints with Seacoast United in USL League Two and the New England Revolution U-23s. Alves joins the Kickers signing his first professional contract.

“I want to start off by thanking the coaching staff, teammates, family, and ultimately God for putting me in a place where I didn’t see a limit for growth,” said Alves. “Some say that the people you are surrounded by are the ones that shape you. It could not have been more apparent at UMass Lowell.  From academic advisors to coaches to some of my best friends, I owe my success on and off the field to them. It truly is a blessing to have them around me because work ethic that embodies myself, shows in the people around me. Thanks to them, I was able to fulfill my lifelong dream of signing a professional contract. In addition,  I’d like to thank coach Darren for seeing something special in me and offering me my first pro contract.  The first is always a special one.”

Don’t miss a moment of the 2020 USL League One season with your 2020 Season Membership, on sale now at RichmondKickers.com. Season Memberships are the ultimate way to support your Richmond Kickers and enjoy the thrill of every matchday at City Stadium. Memberships are a perfect fit for individuals, families, and businesses looking to take advantage of the best prices and exclusive perks we have to offer!

First, I’d like to thank God for putting me in situations to grow and be in this position. From friends to coaches to family, thanks to my team on and off the field around me always pushing me past highs and lows. Grateful for the opportunity. Can’t wait to be in red and white! https://t.co/FpYeewqS5U