Joe Gallardo Named USL League One Player of the Week 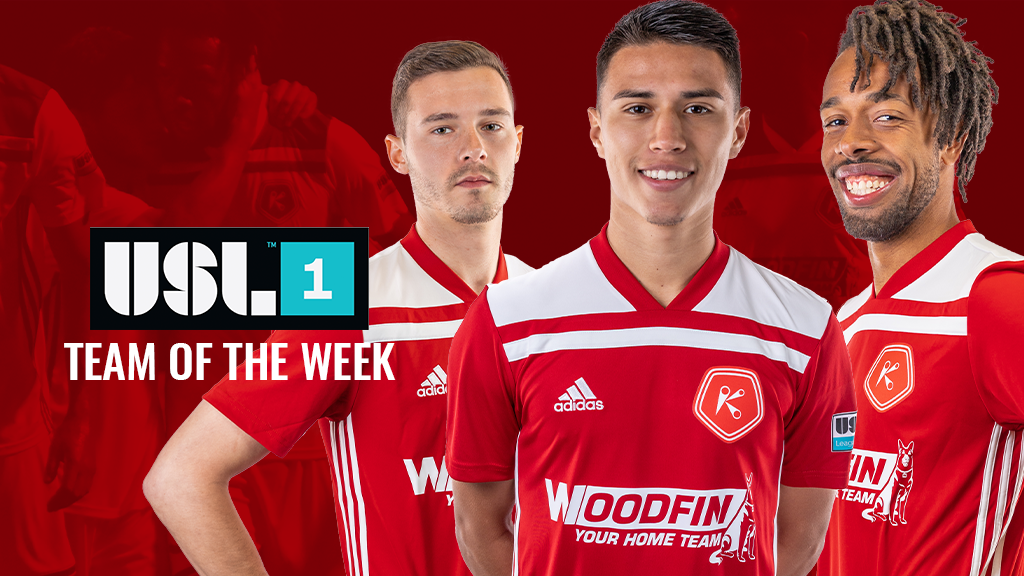 RICHMOND, Va. – (Tuesday, September 3, 2019) – USL League One announced on Tuesday that forward Joe Gallardo has been named the Player of the Week for Week 23 after his two goal performance Saturday night at South Georgia Tormenta FC. Midfielder Matt Bolduc and forward Dennis Chin were also honored on the Team of the Week this week.

Gallardo scored his fifth and sixth goals of the season Saturday night at Erk Russell Park, leading the Kickers to a massive 4-1 road win. The forward scored the go ahead goal in the 15th minute after Josh Hughes set him up on a run. With no one putting pressure on him, Gallardo launched a shot from about 35 yards out, chipping it over Pablo Jara and into the back of the net. He went on to score the fourth and final goal in the 80th minute after Greg Boehme headed the ball down for Gallardo to run onto. Getting past six defenders with ease, Gallardo powered his shot past Jara and into the top of the net.

Bolduc recorded his sixth assist of the season, tying him for second in USL League One. He picked up control of the ball right on the midfield line in the 36th. He turned and played a perfectly placed through ball for Chin to run onto and score for the third goal of the night for Richmond.

Chin now has four goals this season after adding two more against Tormenta. The Jamaican forward responded quickly to conceding a goal to Tormenta in the fifth minute, leveling the score for the Kickers in the 11th minute after Ivan Magalhães was able to chip the ball to Chin, needing only to go for the quick shot inside the near post. His second goal came from the long ball played from Bolduc, going for the shot before the angle was cut down too much, giving Richmond a 3-1 lead heading into halftime.

The Kickers return home to RVA Saturday, September 7 for their third and final clash with Greenville Triumph SC and Cider Fest, presented by Bon Secours. The gates open up at 5:30 p.m. with live music from the Back Seat Drivers. Happy Hour is extended until 7:00 p.m. with half off all ciders and craft beers. Richmond takes the field at 7:00 p.m. to face Greenville as both teams will compete for the newly announced Bon Secours Cup. The series is level as both sides claimed 1-0 victories in Greenville. Get your tickets now at RichmondKickers.com.

.@Jgallardo98_7 has been named Player of the Week after his head-turning performance in Week 23!

USL League One Team of the Week - Week 23

D – Bryan Reynolds, North Texas SC: Reynolds recorded one goal and two assists, completed 109 of 124 passes and 7 of 11 dribbles and made 11 recoveries over North Texas’ two victories on the week.

M – Arturo Rodriguez, North Texas SC: Rodriguez had one goal and one assist across two NTSC victories while also completing three key passes and 99 of 110 passes overall against Tormenta FC and Toronto.

M – Aaron Walker, Greenville Triumph SC: Walker provided the assist on the lone goal and had two chances created and completed 20 of 27 passes overall as Greenville won on the road in Madison:

F – Ricardo Pepi, North Texas SC: Pepi converted twice from the penalty spot in a performance that also saw him complete 15 of 18 passes as North Texas took a big win against Tormenta FC.

F – Dennis Chin, Richmond Kickers: Chin scored a pair of goals on four shots overall and completed 19 of 25 passes as the Kickers swept to victory on the road against South Georgia on Saturday night.