Watch Live from Breese Stevens Field on WTVR CBS 6.3 and ESPN+ at 8PM 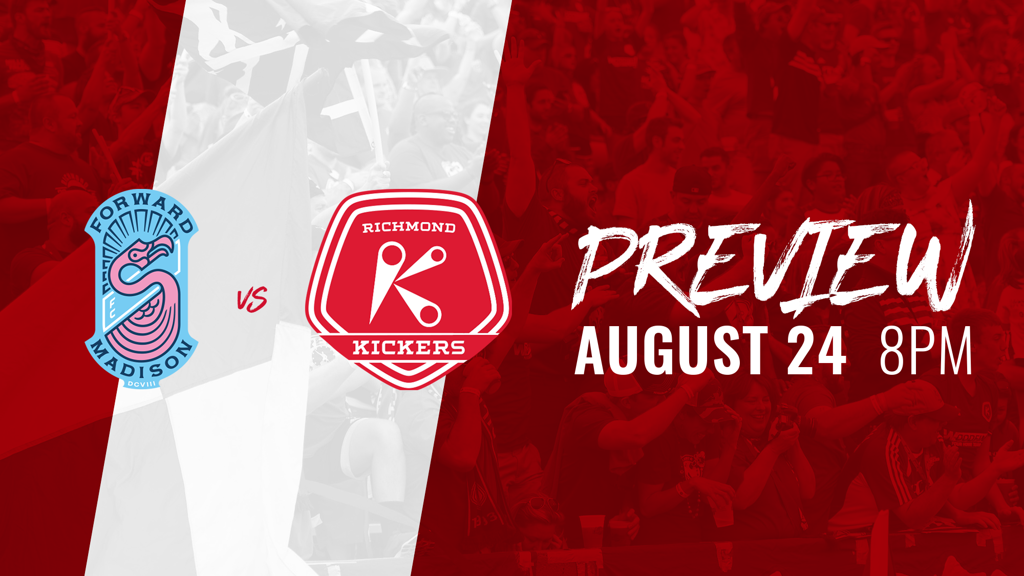 This will be the second meeting in the last two weeks between the two clubs. Richmond claimed victory in the previous meeting, taking a 1-0 road win just two weeks ago. Daniel Jackson entered the match in the 66th minute and found the back of the net just three minutes later. The final meeting between the two sides will come at City Stadium September 14.

Richmond took a point at home to go four matches unbeaten after a 2-2 draw with Toronto FC II last Saturday night. Daniel Jackson continued his form, scoring after just five minutes off a deflected Matt Bolduc shot. Joe Gallardo played a well timed pass through the Toronto back line for Jackson to get the brace in the 23rd minute, taking that lead into halftime. Two goals from TFCII in the second half denied the Kickers their four straight win and settling for a point for both sides.

Forward Madison went on the road to Legacy Early College to face Greenville Triumph SC as both teams battled to a scoreless draw. Brian Sylvestre was in goal for Madison, making one save to record the club’s fourth shutout of the season. The visitors had their chances, putting three of their ten shots on target, all saved by Dallas Jaye.

The Kickers continue their road trip next Saturday night, making their second trek to Erk Russell Field to face South Georgia Tormenta FC. Kickoff for that match is set for 8:00 p.m. and will be available live on WTVR CBS 6.3 and online on ESPN+. Keep up to date with everything going on with the Kickers at RichmondKickers.com.