Daniel Jackson Named to the Team of the Week 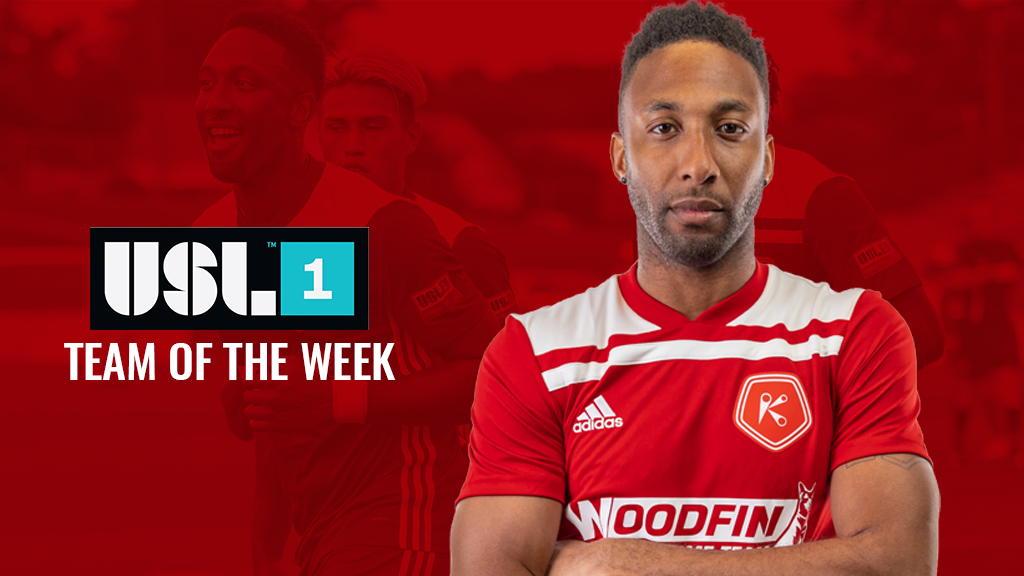 Jackson scored the first goal of the match after just five minutes when Matt Bolduc had his shot take a slight deflection right to the feet of Jackson to put Richmond ahead early in the match. The Kickers lead would double in the 23rd minute again through Jackson. Joe Gallardo won the ball and slipped it through for Jackson, who just needed to calmly slide it past the Toronto keeper. On top of scoring, Jackson recorded a passing accuracy of 70.6 percent from 17 passes, including two key passes.

Richmond heads back on the road this Saturday night to head back to Breese Stevens Field to take on Forward Madison FC. Kickoff for that match is scheduled for 8:00 p.m. The match will be available on WTVR CBS 6.3 (Comcast 206, Verizon FiOS 466) and streaming online on ESPN+. Stay up to take with the Kickers at RichmondKickers.com.

USL League One Team of the Week - Week 21

D – Wyatt Omsberg, Forward Madison FC: Omsberg won 8 of 9 duels, 6 of 7 aerials and made five recoveries and nine clearances as Madison earned a 0-0 draw on the road against Greenville Triumph SC.

D – Grant Stoneman, Lansing Ignite FC: Stoneman completed 42 of 54 passes, including one key pass, and defensively won 6 of 7 duels and 4 of 4 aerials in Lansing’s road victory against Orlando City B.

M – Xavier Gomez, Lansing Ignite FC: Gomez had one goal, two key passes and completed 53 of 58 passes overall while also notching 10 recoveries and going 5 of 7 on tackles in Lansing’s win against OCB.

M – Rafael Mentzingen, Lansing Ignite FC: Mentzingen had one goal on five shots overall and also completed 6 of 8 dribbles and 19 of 25 passes in Ignite FC’s road victory against Orlando.

M – Matt Srbely, Toronto FC II: Srbely had one assist, four key passes and completed 27 of 31 passes overall and 2 of 2 dribbles as Toronto rallied to earn a 2-2 draw on the road against Richmond.

M – Marco Micaletto, South Georgia Tormenta FC: Micaletto kept his nerve in the fifth minute of stoppage time to convert from the penalty spot, adding to a display that saw him make five recoveries and complete 40 of 52 passes in a 1-1 draw with FC Tucson.

F – Daniel Jackson, Richmond Kickers: Jackson scored both goals for the hosts and also had two key passes and completed 12 of 17 passes overall in the Kickers’ 2-2 draw with Toronto FC II.

F – Jordan Jones, FC Tucson: Jones scored his fifth goal of the season to help Tucson earn a valuable point on the road in a 1-1 draw with South Georgia Tormenta FC.