Presented by WTVR CBS 6 with a Used Car Giveaway 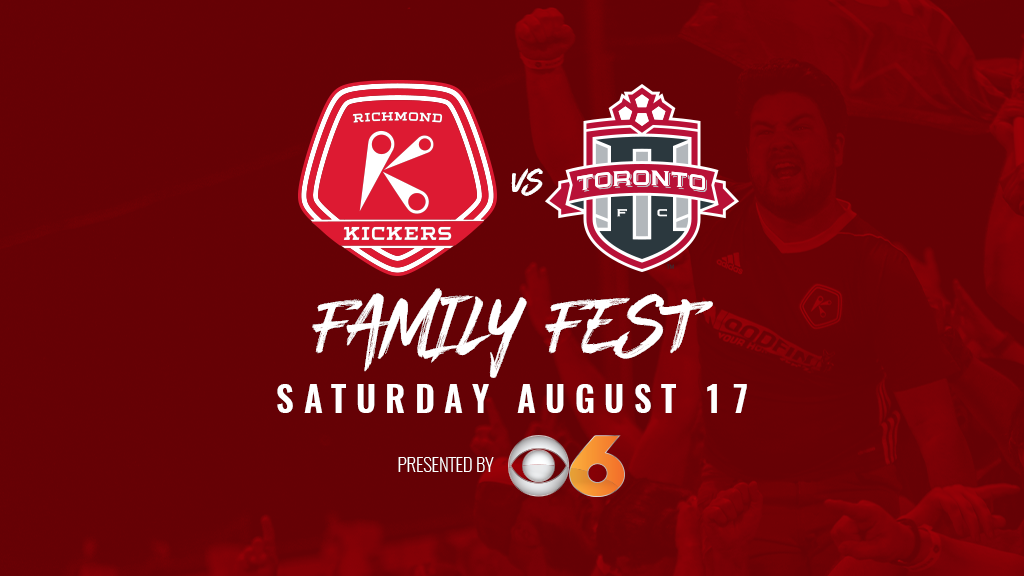 The Richmond Kickers will host Family Fest at City Stadium Saturday, August 17, presented by WTVR CBS 6. The party starts at 5:30 p.m. with half off craft beers until 6:00 p.m. and live music from the Cary Street Ramblers. The Kickers will take the field at 7:00 p.m. to host Toronto FC II.

CBS 6 has partnered with Star Auto Sales to give away two cars during halftime of the match. Any fans that want a chance to win the cars can register inside City Stadium after the gates open at 5:30 p.m. Winners can only win one of the cars. Click here for the terms and conditions of the giveaway.

The Kickers will be taking clothing donations starting at 12:00 p.m. and then throughout the match to benefit Communities in Schools Richmond. More information and details of what to donate can be found here. Any fans that bring a donation will be eligible for an extra entry in the used car giveaway.

Tickets for Saturday’s match are on sale now at RichmondKickers.com. Bring the family and save with the Family Four-Pack, which includes four (4) General Admission tickets to the Aug. 17 match plus two (2)  8" Papa John's Pizza vouchers, redeemable at the central concession stand, all for only $40!