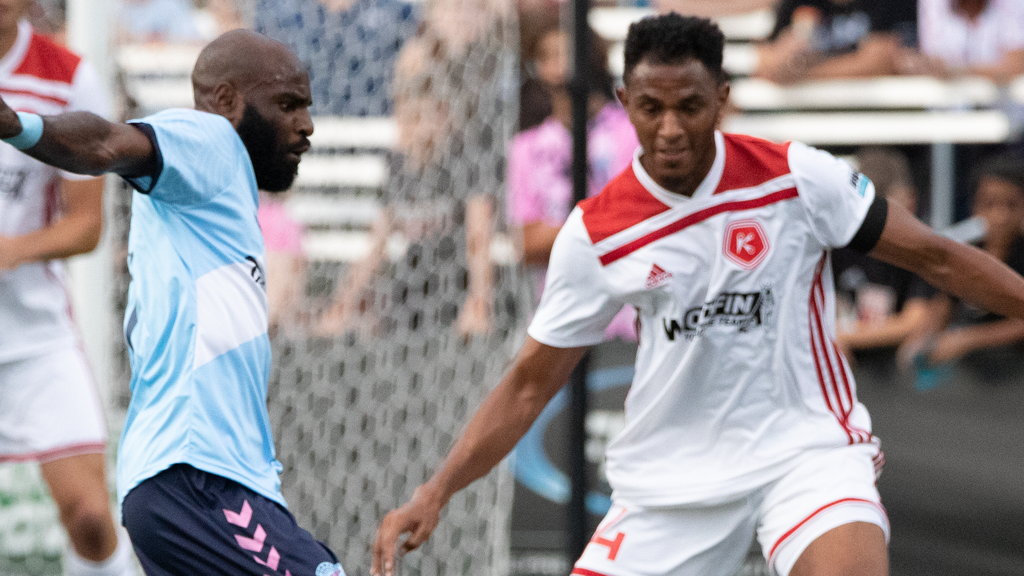 MADISON, Wis. — (Saturday, August 10, 2019) — The Richmond Kickers (6-9-3) earned a 1-0 road victory at Forward Madison FC (8-8-4) in the first meeting between the two clubs at Breese Stevens Field Saturday night in front of a crowd of 4,510. Coming on as a substitute in the second half, Daniel Jackson scored the lone goal of the match to lift Richmond to their third consecutive victory.

Just a minute into the match, the Kickers looked to get the early chance. Wahab Ackwei picked up control of the ball out on the right side. He quickly went for the long ball over the top as Dennis Chin started his run towards goal. Dayne St. Clair came off his line to make the stop before Chin could get to the ball.

Six minutes into the match, Forward Madison picked up a foul outside the Richmond box. Paulo Jr. turned to face the goal as Braeden Troyer came up behind him trying for the tackle as the referee blew for the foul. With Joseil Nunez and JC Banks standing over the ball, Nunez tried to put the shot on frame, hitting it off Ivan Magalhães and eventually cleared by Richmond.

Dennis Chin had the first chance of the match eight minutes in. Matt Bolduc played the ball ahead for Joe Gallardo to take towards the endline. Gallardo took a touch to get the ball inside for Chin making the near post run, putting his shot right to St. Clair for the save.

Joe Gallardo did all of the right things in the 19th minute, just missing putting Richmond ahead. Mutaya Mwape picked up control of the ball after a Madison corner kick and played the pass up for Gallardo. With space, Gallardo charged up the left flank, shaking off two defenders in his path. Inside the box, Gallardo tried to pick out the far post upper ninety, instead pinging his shot off the post.

The Kickers had a scare in the 28th minute. Christian Diaz was able to fight off Josh Hughes to get in the position for a cross. He was able to connect with Oliver White at the near post. White tried for the one time effort, putting his shot just wide of the Richmond goal.

Richmond would break the deadlock in the 69th minute from second half substitute Daniel Jackson. Josh Hughes slipped the ball through intending the ball for Joe Gallardo. Christian Diaz got a touch on the ball, which put it into the path of Daniel Jackson. The forward just came on just three minutes later and charged towards goal. Dayne St. Clair came off his line trying to make the stop, instead just deflecting it right back to Jackson. He got into the six yard box and found the back of the net for his second goal of the season.

The Kickers will be back at City Stadium Saturday, August 17 to host Toronto FC II and Family Fest, presented by WTVR CBS 6. The party starts at 5:30 p.m. when the gates open with half off craft beer, plus live music from the Cary Street Ramblers. CBS 6 and Star Auto Sales will be giving away two used cars on the main concourse for anyone who registers at the stadium. Fans can receive an extra entry for bringing in new clothing to donate to Communities in Schools. Get loud with the Red Army when the Kickers take the field at 7:00 p.m. to take on Toronto FC II. Tickets are available now at RichmondKickers.com.