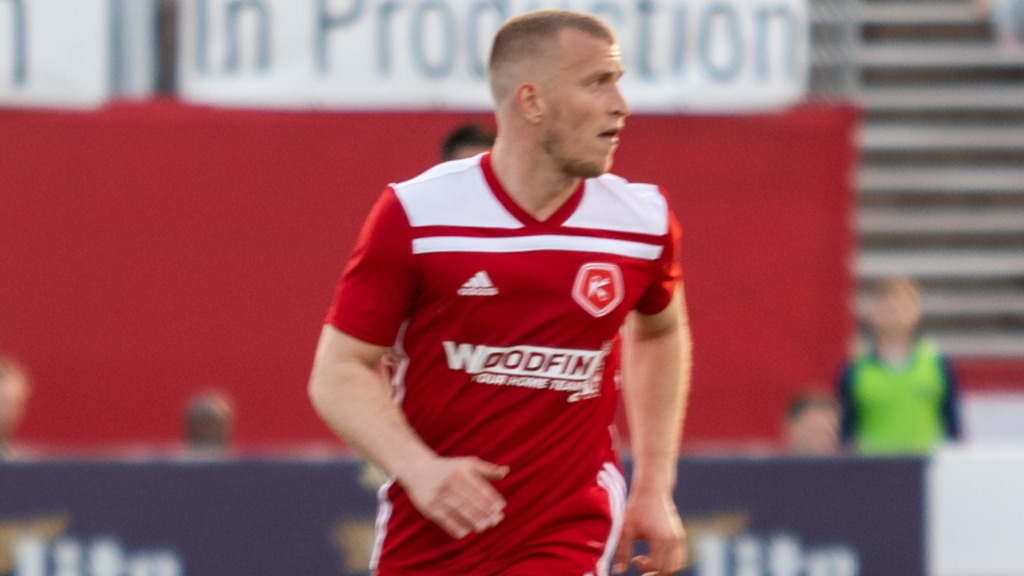 NEWPORT NEWS, Va. — (Tuesday, July 9, 2019) — The Richmond Kickers claimed a 5-0 victory in the first-ever meeting with Lionsbridge FC Tuesday night at Pomoco Stadium on the campus of Christopher Newport University.

Two minutes into the match, it was the Kickers who would strike first. A nifty backheel slotted through Joe Gallardo on the right wing. He whipped in a cross towards the back post, as Jannik Eckenrode lept to head the ball down. Trying to get control of the ball, a misplaced pass fell for Boehme in space, only needing to slide the ball past Jacob Reimers for the opener.

The Kickers doubled their lead in the 18th minute. Maxi Rodriguez played the ball long and over the top as Joe Gallardo made a run towards the Lionsbridge goal. The forward headed the ball down to himself to get control and found the back of the net to increase the Kickers lead to 2-0.

Jannik Eckenrode made it 3-0 for Richmond two minutes before the halftime whistle. Dennis Chin picked up control of the ball on the right wing after a long ball from Maxi Rodriguez. The Jamaican held up the ball long enough before laying it off for Eckenrode to put into the back of the net.

The Kickers found the back of the net for the fourth time in the 74th minute. Alexander Levengood played a quick pass to Daniel Jackson at the top of the Lionsbridge box. He only needed a touch to put it into the path of Charles Boateng. The Ghanian had the space to chip the keeper to make it 4-0.

Three different Richmond United academy players combined for the Kickers fifth goal of the night. Ethan Manheim sent the ball up the field for Key White. He quickly chipped the ball over a Lionsbridge defender for Alexander Levengood. The academy product made no mistake sneaking his shot inside the near post.

The Kickers return home to City Stadium this Saturday, July 13 at 7:00 p.m. to host North Texas SC. It’s Honoring Our Heroes Night when the party starts at 5:30 p.m. with drink specials for the first 30 minutes on craft beer on tap and wine, plus live music from the Shakedown. The players will come out for warm ups in limited edition pregame jerseys that will be auctioned off to benefit the Virginia War Memorial Foundation. Tickets are available now at RichmondKickers.com.