First Meeting Between the Two Clubs will be Live on Facebook.com/LionsbridgeFC and Cox YurView 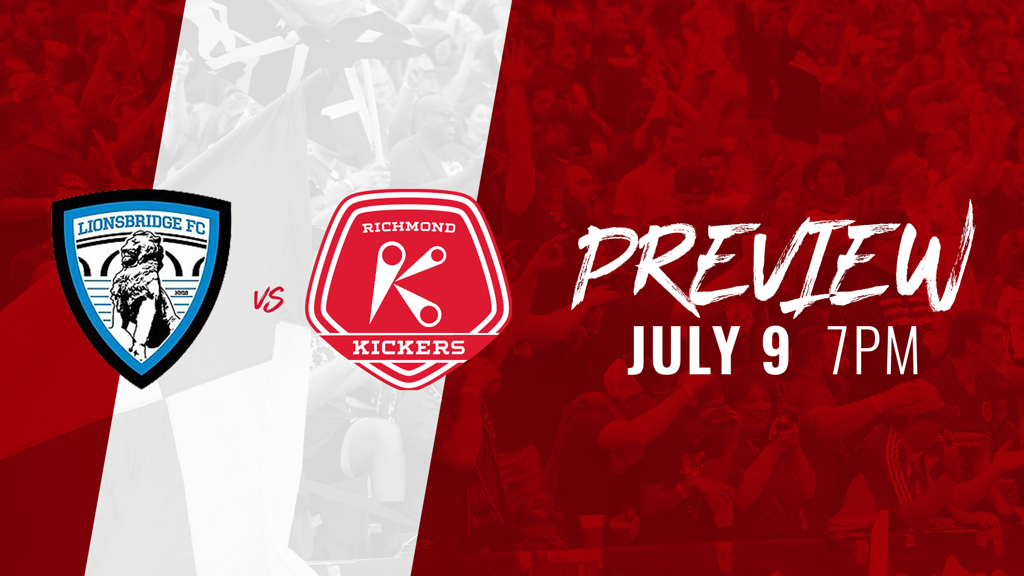 RICHMOND, Va. – (Tuesday, July 9, 2019) – The Richmond Kickers will make the trip down to Newport News Tuesday to the campus of Christopher Newport University to face Lionsbridge FC of USL League Two. Tickets to the match are available now at LionsbridgeFC.com. The match will be available on Cox YurView and streamed online at Facebook.com/LionsbridgeFC.

The Kickers have not played a match since their 0-1 road defeat at Chattanooga Red Wolves SC back on June 29. Richmond comes into this game with a record of 3-8-6 in USL League One play. Joe Gallardo leads the Kickers in scoring with four goals, while Matt Bolduc has four assists. The Kickers have a Lionsbridge connection with goalkeeper Joe Rice signing his first professional contract this season after spending the 2018 USL League Two season in Newport News.

Coming off a 5-6-3 season, Lionsbridge was winless in their last four matches after starting off the season 2-0. The team consists of a number of players from the Richmond area, including Sam Bacon (Trinity Episcopal School/Elon), Sean Stowe (Cosby/Old Dominion), Hector Rivera (Cosby/Richard Bland) and Patrick Gyamfi (Dumfries/VCU). Founded in 2017, Lionsbridge FC competes in USL League Two, the top amateur soccer league in North America. Lionsbridge FC lead the Eastern Conference in attendance averaging nearly 1,400 in their inaugural season in 2018.