Mwape, Rodriguez Named to Team of the Week

Midfielders Honored After Victory Over Tucson 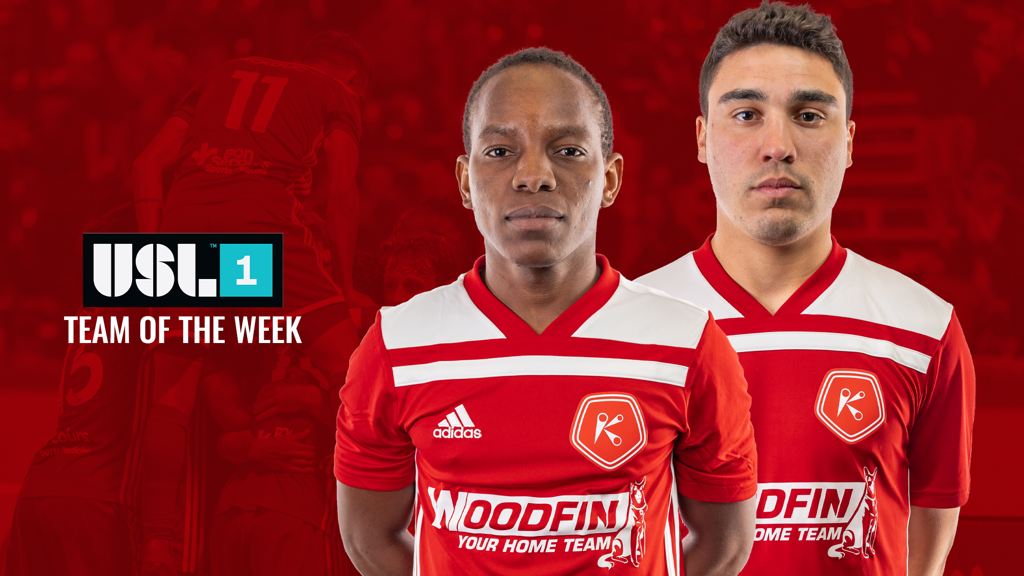 RICHMOND, Va. – (Tuesday, May 14, 2019) – USL League One announced on Tuesday that midfielders Mutaya Mwape and Maxi Rodriguez have been named to the USL League One Team of the Week for Week 7.

Mutaya Mwape scored his first goal of the season late into stoppage time to get the insurance goal for the Kickers win over Tucson. Mwape had a passing accuracy of 89.5 percent as the Kickers pressed on to stay unbeaten in five straight matches.

The Kickers captain Maxi Rodriguez recored 101 passes with an accuracy of 85.1 percent, leading for the club to holding 60 percent of the possession in the win.

Richmond travel to Cary, N.C. for the Second Round of the 2019 Lamar Hunt U.S. Open Cup Wednesday to take on old USL Championship rivals North Carolina FC. This match, along with the entire tournament, will be available to stream online on ESPN+. The Kickers get right back to USL League One play Saturday night as they travel down to face Greenville Triumph SC at Legacy Early College for a 7:00 p.m. kickoff. This match will be available to stream live on ESPN+ and shown locally on WTVR CBS 6.3 (Comcast 206, Verizon FiOS 466). Stay up to date with the Kickers at RichmondKickers.com.

USL LEAGUE ONE TEAM OF THE WEEK: WEEK 6

M – Tanner Tessman, North Texas SC: Tessman capped a solid display with his first professional goal as he also completed 47 of 56 passes, won 9 of 14 duels and won 3 of 3 aerials.

M – Charlie Dennis, South Georgia Tormenta FC: Dennis scored twice and was brought down for a penalty kick as Tormenta FC rallied to a 3-2 victory against Toronto FC II.

M – Arturo Rodriguez, North Texas SC: Rodriguez led the way for North Texas with one goal, two assists and eight key passes in the side’s 4-1 victory against Orlando City B.

M – Maxi Rodriguez, Richmond Kickers: Rodriguez provided a defensive shield for the Kickers as he recorded five interceptions and 12 recoveries and won 14 of 18 duels and 4 of 4 aerials in the club’s shutout win.

F – Jordan Peruzza, Toronto FC II: Peruzza had a solid game on the road for TFC II as he notched the opening goal and completed 12 of 16 passes in the Reds’ visit to Tormenta FC.

F – Travis Ward, Greenville Triumph SC: Ward had an instant impact as a substitute, scoring the opening goal as Triumph SC earned a point on the road against Lansing Ignite FC.