Potential Second Round Pairings for the U.S. Open Cup Announced

Old Rivals Set for Possible Second Round Match Up 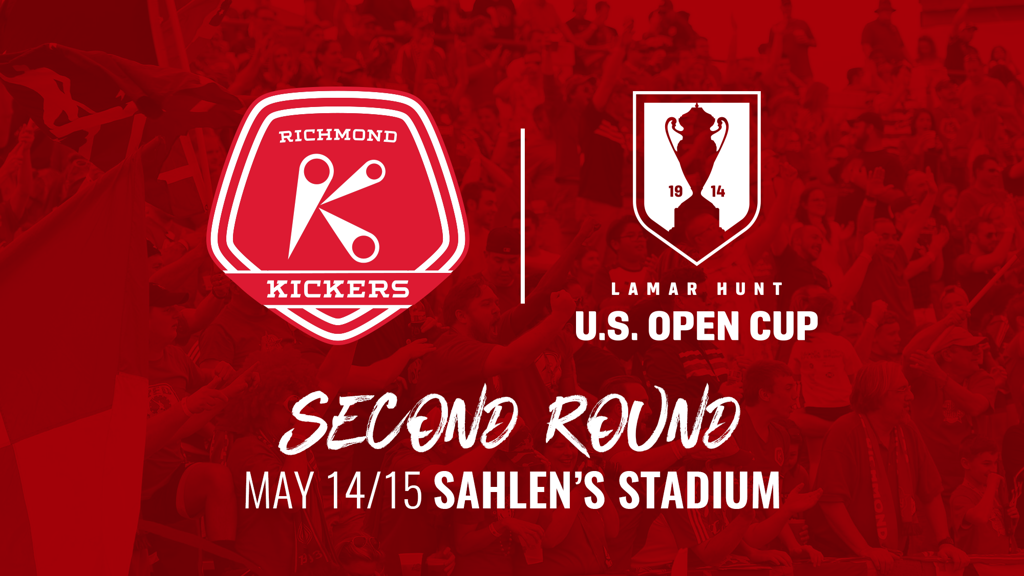 RICHMOND, Va. – (Wednesday, April 17, 2019) – U.S. Soccer announced on Wednesday the potential pairings for the Second Round of the 2019 Lamar Hunt U.S. Open Cup. If the Kickers are victorious over Virginia United in the First Round, Richmond will travel south to take on North Carolina FC at Sahlen’s Stadium at WakeMed Soccer Park either May 13 or 14.

The Kickers made history with their remarkable run to the semifinals in 2011. Becoming the first lower division team to defeat back-to-back MLS teams on the road, the Kickers ejected the Columbus Crew in  the third round before handing Sporting Kansas City their first-ever loss at Children’s Mercy Park in the quarterfinals. Advancing to the semifinals for the second time in franchise history, the Kickers narrowly missed the Championship berth, conceding a 2-1 loss to the Chicago Fire last August.

On May 14 & 15, 25 professional teams from the USL Championship (Division II) will enter the tournament, with 19 of these clubs playing against winners from the First Round of games scheduled for May 7 & 8, while the remaining six pro clubs will face a fellow Division II squad. The exact dates and times for each Second Round matchup will be announced at a later date.

The Third Round, set for May 29, will pit the 22 Second Round winners against one another in regionally determined action, with the opportunity on the line to face a Division I club in the Fourth Round on June 12 when Major League Soccer teams enter the competition.

Home teams for each round are determined by a random selection process among those clubs that have applied to host and whose venues meet the minimum tournament requirements.

Every game of the 2019 U.S. Open Cup from the First Round through the Final will be available for fans to watch on ESPN+.