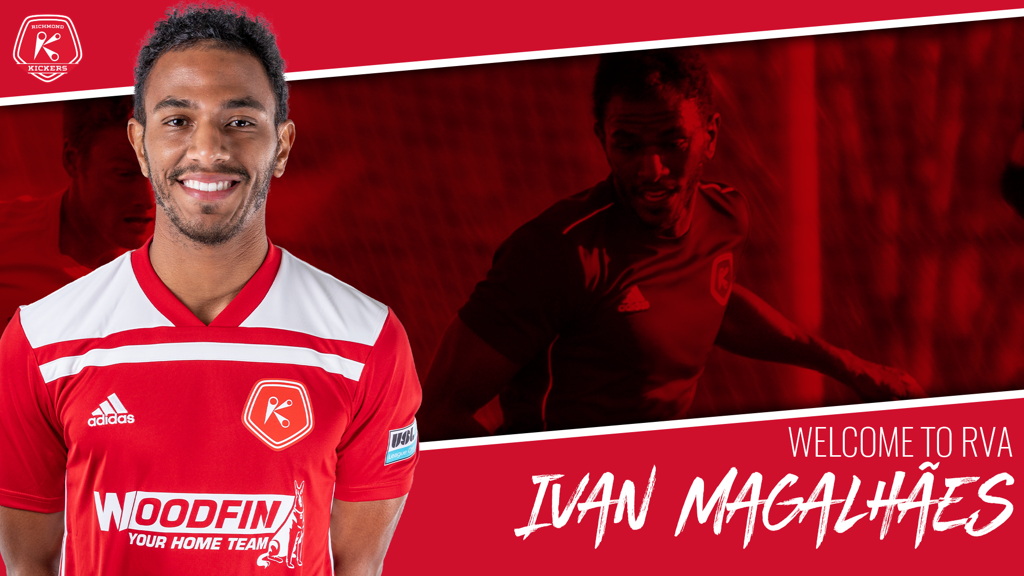 RICHMOND, Va. – (Tuesday, March 19, 2019) – The Richmond Kickers are pleased to announce the signing of Brazilian defender Ivan Magalhães for the 2019 season, pending USSF and USL League One approval.

“Ivan is a player that we have been tracking for a long time,” said David Bulow, Kickers Head Coach. “He is a quality left-footed center back that fits our style of play with some very good experience at the USL Championship level with the Tampa Bay Rowdies.”

Magalhães joins the Kickers after spending the 2018 season with the Tampa Bay Rowdies, making eight appearances for the USL Championship side. Prior to that, Magalhães recorded over 4,800 minutes in 56 matches for Rio Grand Valley FC, scoring two goals in his first two professional seasons.

Growing up in the Corinthians academy system in São Paulo, Brazil, Magalhães came to the United States to play collegiately at Eastern Florida State College in 2013 and 2014. He then transferred to the University of Maryland, starting all 16 matches in 2015, guiding the Terps to eight shutouts before being drafted by the Houston Dynamo in the 2016 MLS SuperDraft.

Don’t miss a moment of the inaugural 2019 USL League One season at City Stadium! Order your 2019 Richmond Kickers Season Tickets and receive perks throughout the season including VIP Express Lane at the Craft Beer trucks and merchandise discounts. More details on 2019 Season Tickets can be found at RichmondKickers.com.