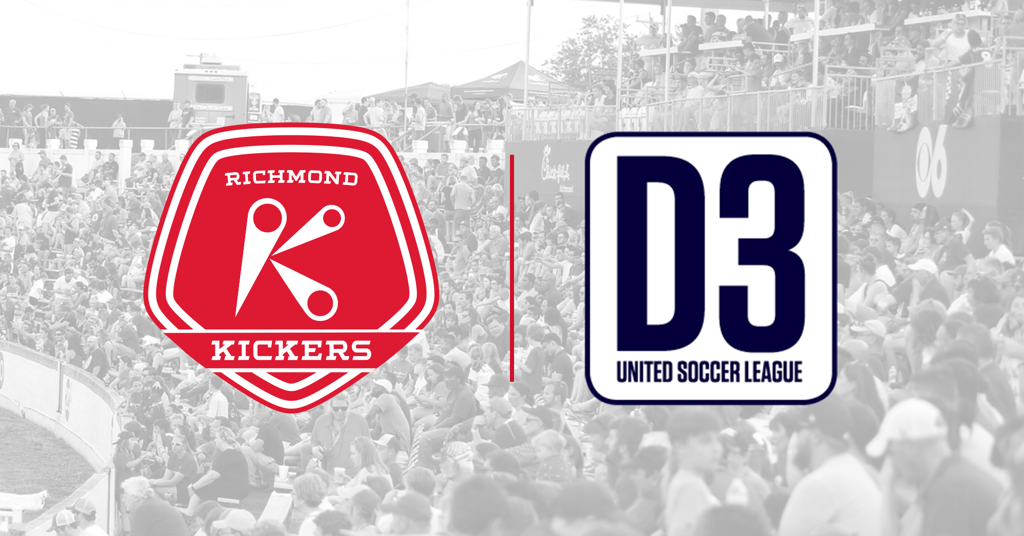 TAMPA, Fla. – (Tuesday, September 11, 2018) – The Richmond Kickers have been named as a founding member of USL Division III ahead of the new professional league’s inaugural 2019 season. Established in 1993, the Kickers are one of the longest tenured clubs in American professional soccer.

“The USL’s new professional league is the perfect fit for the long-term success of the Kickers organization,” said Kickers President Vern Inge. “As an organization we have seen substantial growth on and off the field in the past decade, including acquiring a long-term lease at our home of City Stadium. This move will further strengthen the club as we close in on our third decade of operation, continuing to offer a high level of professional soccer in one of the best playing environments in the country.”

The Kickers have also achieved success in the Lamar Hunt U.S. Open Cup, claiming the championship in 1995 and making a memorable run to the tournament’s Semifinals in 2011 when it defeated Columbus Crew SC and Sporting Kansas City.

“The Kickers have a long, distinguished history within our leagues, so we are thrilled to have Richmond join the new USL Division III as a founding member,” USL President Jake Edwards said. “We look forward to continuing to work with the entire Kickers organization to achieve their goals on and off the field.”