U13 Claim Championship; U14 and U10 Reach Finals 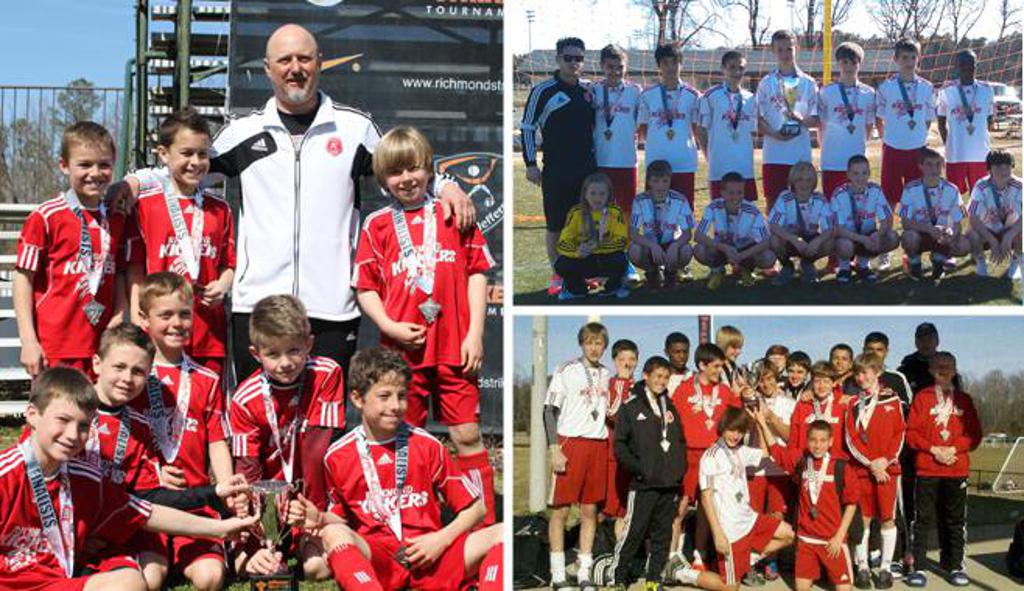 Congratulations to the Richmond Kickers U13 Boys Elite who claimed the Championship title at the last weekend’s Jefferson Cup tournament.  Opening the tournament with a scoreless draw against Greensboro United, the U13 Boys went on to defeat Northern Steel Bayern and Cleveland SA CSA Impact, tallying eight goals while conceding just one before edging Carolina Elite 99 Premier 2-0 in the title match.

The Kickers U14 Boys Elite finished the group stage with a pair of wins over FASA Hotspur Elite and Morris United STA Gunnars and one loss to DC Stoddert Blue Metros to qualify for the final.  Battling to a scoreless draw through regulation and overtime against Marlton SC Lightning, they narrowly lost on penalty kicks.

Meanwhile, the Kickers U10 Boys Elite Manchester United also qualified for the Championship match, going undefeated during group play.  Recording a 4-0 win over PWSI Courage Red, a 3-3 draw against Triangle FC Fast Classic Chivas and an 8-2 win over Canton United U10 Blue the Kickers dropped the title match to Bethesda.

The Kickers U12 Boys Elite opened the tournament with a 7-2 win over SAC United Premier White and a 5-3 win over VA Rush Academy Blue before dropping a 2-1 loss to Triangle Football Barcelona.  They rebounded back to a  3-1 win over Chesterfield United to claim third place.