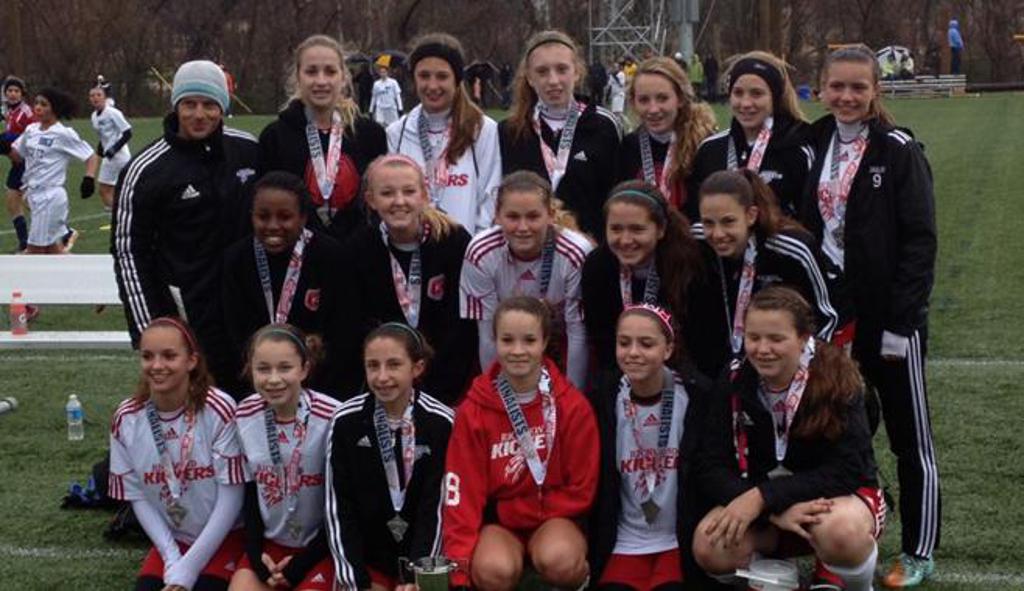 The Richmond Kickers U14 Girls Elite topped their group in the Superior Bracket at last weekend’s Jefferson Cup tournament after defeating Beadling Bulldogs, Match Fit Chelsea Surge and HMMS Eagle FC 98 United during the group stage.  Despite a depleted roster due to injuries, the U14 Girls fought through adversity with commanding individual performances to qualify for the Championship match where they conceded their only loss of the weekend to a very strong PWSI team.

The U13 Girls Elite team had a strong showing this weekend.  After opening Saturday with a 1-0 loss to Vienna, the eventual tournament Champions, and then a 1-1 tie against NY West State Champions Empire United, the girls had strong 3-0 win over the country's 41st ranked team, Match Fit Chelsea Rovers. Advancing to the third place game, the U13 girls drew with LDC United 2-2, coming back twice from being down a goal against the #33 ranked team in the country. It was a nice weekend of attacking soccer from the girls.

The Kickers U15 Girls Elite started slowly on Friday with a 1-0 loss to PDA Spurs, but rebounded with back to back 4-1 victories on Saturday and Sunday with four different goal scorers in each game. They lost the 3rd place playoff 2-1, but it was a great finish to an excellent year with flowing, attacking soccer played all weekend.

The U17 Girls Elite had an up and down performance at the Jefferson Cup this weekend. Despite long stretches of good possession soccer, the girls had trouble early in each game, spotting their opponents' early leads.  Despite losing all three games to the highly rated Charlotte SA ECNL, MatchFit Chelsea United, and ZYSA 96 Girls Select, the girls attracted much interest from college coaches for their attacking style of play.

The Kickers U18 Girls Elite finished their Kickers careers with two victories, 2-1 versus ISA Sting and 3-2 versus PA Classics Academy sandwiched around a 2-1 defeat by FC Copa Real to finish 3rd in the Elite bracket. This team has been a remarkable group of players and everyone in the organization is proud of their achievements and looking forward to their future success as college players.