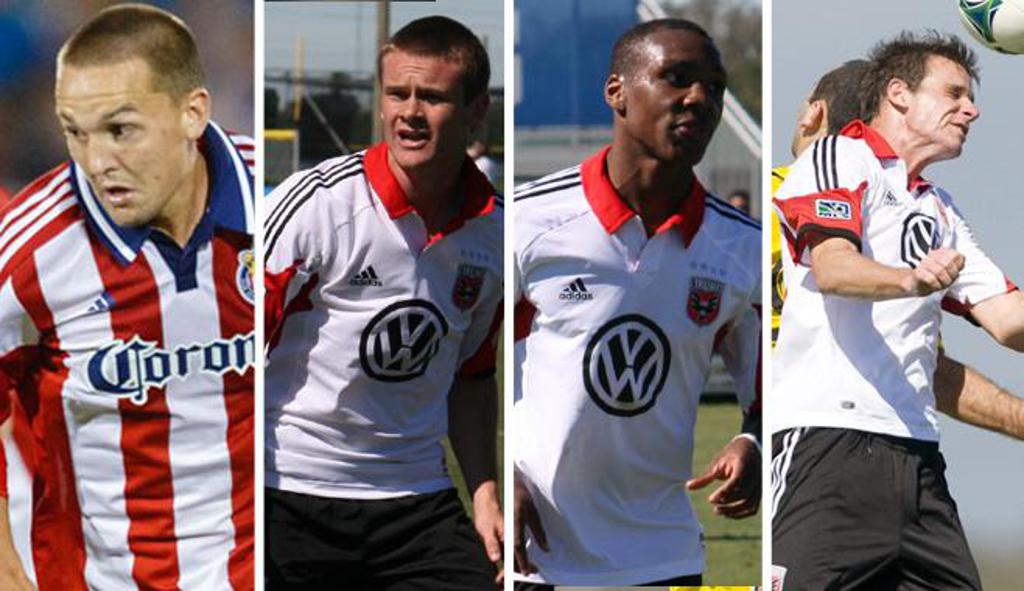 “This is an excellent opportunity for our young players to compete and play on a regular basis in meaningful games,” said D.C. United General Manager Dave Kasper. “There is no substitute for first team games that matter, and we believe that the Richmond Kickers will provide a platform and environment for D.C. United players to quickly develop as professionals.”

“Taylor, Michael, Conor, and Casey are first-class additions to our team and we look forward to them contributing to our goal of winning a USL PRO Championship this season,” said Richmond Kickers Director of Soccer Leigh Cowlishaw.

D.C. United and the Richmond Kickers entered into the agreement on January 24, 2013 and is part of Major League Soccer and USL PRO’s partnership.

Casey Townsend, the fifth selection in the first round of the 2012 MLS SuperDraft and NSCAA Second Team All-American at the University of Maryland, played in 17 games (10 starts) during his rookie year with Chivas USA, logging a goal and two assists.

Taylor Kemp was the 17th overall selection in the 2013 MLS SuperDraft. Kemp was United’s lone selection in the 2013 MLS SuperDraft and has yet to appear for the Club in 2013. Kemp, also an alumni of the University of Maryland, was a regular for the Terps through his four seasons, earning All-ACC Freshman Team pick and a Soccer America All-Freshman Team selection during his freshman year and Second Team All-ACC honors in his junior and senior years.

Michael Seaton, a 16-year old and native of Capitol Heights, Md. signed with D.C. United as a Homegrown player in January of 2013. Seaton has yet to appear in First Team action, but has impressed at D.C. United’s Academy at the U-15, U-16, and U-18 levels.

Conor Shanosky, another Homegrown product from nearby Potomac Falls, Virginia, spent the 2012 campaign on loan at the Ft. Lauderdale Strikers of the North American Soccer League. Shanosky quickly became a staple among the Strikers defense early in the season and went on to log the second-highest number of minutes played (2,232).