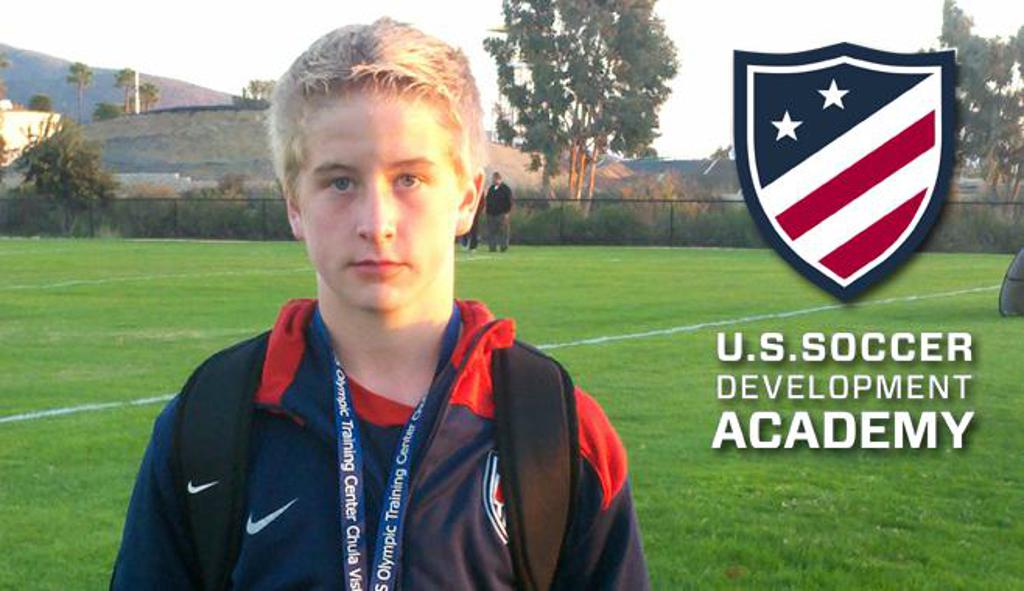 RICHMOND, VA – (Monday, July 15, 2013) – The Richmond Kickers are pleased to announce that U16 Academy goalkeeper Drew Romig has been invited to attend the U.S. U17 Men’s National Team domestic training camp in Carson, California July 21-28.  Romig will participate in seven days of training and evaluation in front of the U.S. National Team coaching staff, including former Kickers player and U17 Men’s National Team Head Coach, Richie Williams.

“This is a well deserved call-up,” commented Leigh Cowlishaw, Richmond Kickers Director of Soccer.  “Drew has a strong character on and off the field and has shown tremendous determination fighting back from a serious pre-season injury.  Selection to the U.S. U17 Residency program has always been a major objective for Drew and we are delighted his dedication and commitment to excellence has been rewarded with an opportunity to impress the National Team staff.”

The 15-year old goalkeeper caught the eye of U.S. technical staff, having previously attended several U.S. Boys National Team camps at the U14 level.  Participating with the Kickers youth programs since U9, Romig became the youngest player in franchise history to represent the Kickers at the Academy level at age 13 in 2011.   The native of Midlothian, Virginia is in contention for the U.S. Soccer U17 Residency Program in Bradenton, Florida.

Richmond Kickers Cost-Free Academy Tryouts
Players interested in joining the Richmond Kickers Academy should send the following information: player's name, date of birth and a detailed playing history including references, to Leigh Cowlishaw, Director of Soccer at lcowlishaw@richmondkickers.com.  The club has four discovery roster positions available for the current season. Guaranteed Academy roster spots for the 2013-14 squads will be awarded to select players on an ongoing basis.