Pay TV subscribers are able to stream matches via the ESPN App and ESPN.com 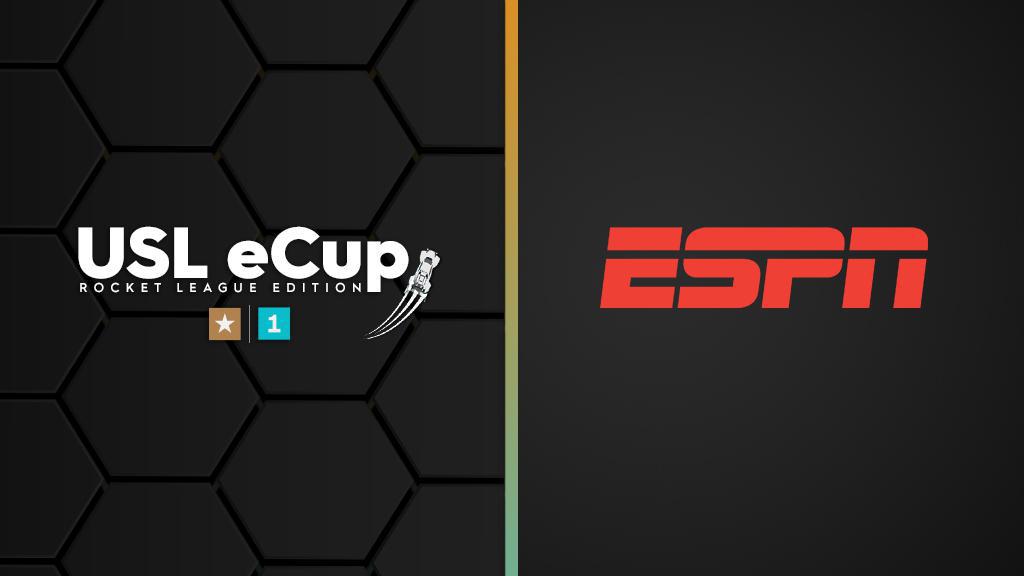 TAMPA, Fla. – The United Soccer League (USL) announced today that its relationship with ESPN will extend to the esports realm, with the organization becoming the official streaming platform for USL eCup: Rocket League Edition, which will kick off on Wednesday afternoon on the ESPN app and ESPN.com.

The 32-team World Cup-style tournament features clubs from across the USL Championship and League One competing for bragging rights in the digital arena, and will also benefit local charities nominated by each club to receive donations from fans tuned into the broadcasts and the tournament over the next month.

“We are excited our first esports venture will be brought to fans on ESPN’s digital platforms,” said USL Sr. Vice President, Digital, Emerging Technology & Strategy Lizzie Seedhouse. “While we can’t wait to see our teams return to action on the field, this tournament will serve as a fun diversion that does a tremendous amount of good in communities across North America.”

The ESPN app provides sports fans with exclusive content covering the National Football League, College Football, Major League Soccer and more since its launch. The service will give all fans of the USL and esports with a Pay TV subscription the opportunity to watch every game in the USL eCup: Rocket League Edition.

USL on ESPN Game of the Week broadcast team Mike Watts (PBP) and Devon Kerr (Color) will provide commentary for every game of the tournament. The tournament’s broadcasts will be produced by USL Productions, the league’s state-of-the-art broadcast production, broadcast and distribution facilities with VISTA Worldlink in south Florida.

About USL
The United Soccer League (USL) is the largest professional soccer organization in North America, possessing nearly a decade of experience in bringing the world’s game to communities across the United States and Canada. Overseeing the USL Championship, USL League One, and USL League Two, the organization is built on a proven and recognized model in international football and counts more than 100 clubs in its membership.

Based in Tampa, Fla., the USL has grown over the past decade into a model organization with strong corporate partnerships, stable organizational leadership, and a dedicated staff that provides outstanding support to member clubs and outside partners. Sanctioned by the U.S. Soccer Federation and Canadian Soccer Association, the USL is #UnitedForSoccer, moving the game forward in the United States and Canada.