Fitzgerald Named Finalist for Goalkeeper of the Year 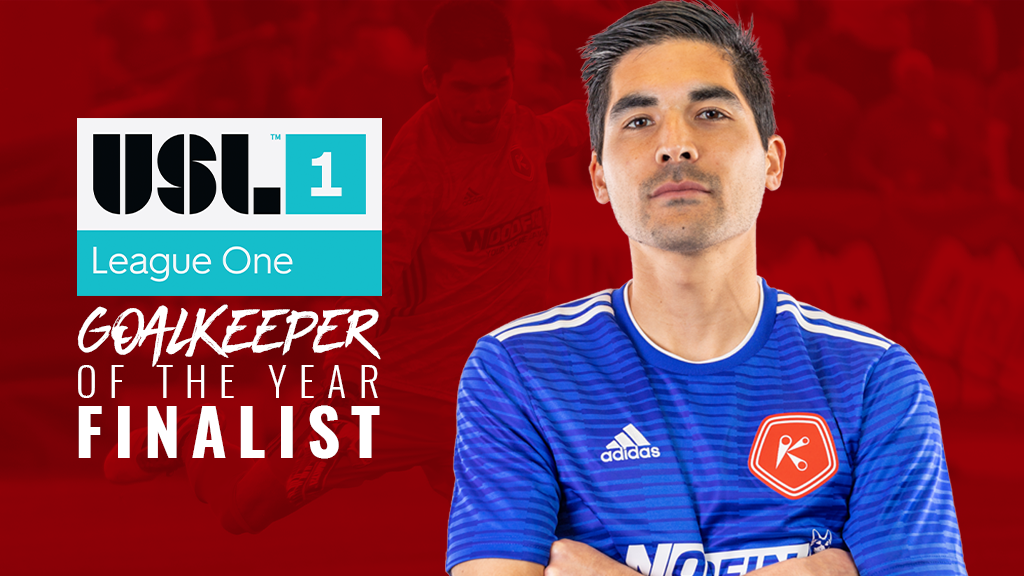 TAMPA, Fla. – (Thursday, October 17, 2019) – The finalists for the 2019 USL League One Awards were announced on Thursday as standout performers in five categories earned nomination after a remarkable inaugural season for the league. The winners will be announced during League One Awards Week between Monday, Oct. 28 and Friday, Nov. 1.

Kickers goalkeeper Akira Fitzgerald is a finalist for the 2019 USL League One Goalkeeper of the Year Award. Signing with the Kickers after an extensive career in both the USL Championship and Major League Soccer, Fitzgerald posted nine shutouts this season which tied him for second in the league this season. That is also the highest shutout total for an individual player for the club since the 2013 season. Fitzgerald was second in the league with 73 saves.

The 2019 USL League One Awards were voted on by team leadership.

Akira Fitzgerald, Richmond Kickers: Fitzgerald ranked second in the league with 73 saves and tied for second with nine shutouts as he posted a 69.5 save percentage for the Kickers.

Dallas Jaye, Greenville Triumph SC: Jaye led the league with 14 shutouts and a 0.78 goals-against average in the regular season to claim the League One Golden Glove, while recording 47 saves in 27 appearances.

Alex Mangels, Chattanooga Red Wolves SC: Mangels led League One with 85 saves as he played every minute of the regular season, posting six clean sheets and a 69.7 save percentage for the Red Wolves.

Christian Diaz, Forward Madison FC: Diaz ranked second in the league with 52 interceptions, won 191 duels at a success rate of 64.5 percent, made 165 recoveries and was only dribbled past by an opponent 28 times as he ranked fourth in the league with 50 tackles.

John Harkes, Greenville Triumph SC: For a second time, Harkes led a side to the postseason in its inaugural season as Greenville featured the best defense in the league, conceding only 22 goals in 28 games and posting 13 clean sheets.

Nate Miller, Lansing Ignite FC: Miller led Lansing to a second-place finish in the regular season as the club accumulated the longest undefeated streak of the year at 12 games, while sitting second in the league with 49 goals.

Eric Quill, North Texas SC: Quill’s side finished top of the League One standings and recorded a league- best 53 goals in the regular season, while also producing two separate five-game winning streaks to create a 10-point gap to second place in the final standings.

Ronaldo Damus, North Texas SC: Damus recorded the most combined goals and assists in League One with his 16 tallies on 31 shots on goal earning the Haiti international the league’s Golden Boot award.

Ricardo Pepi, North Texas SC: Pepi opened his professional career with League One’s first hat trick on the opening weekend of the regular season, and he finished with nine goals in 12 appearances at a rate of a goal every 114.8 minutes.

Jordan Perruzza, Toronto FC II: Perruzza finished second in League One with 15 goals, accounting for more than one-third of TFC II’s attacking output, while also finishing second in shots on goal with 29 and a scoring rate of a goal every 120.6 minutes.

Arturo Rodriguez, North Texas SC: Rodriguez led the league in assists with 10 and chances created with 72, but also ranked first in the league in tackles won with 61 and was one of only seven players to complete at least 1,150 passes in the regular season.

Ronaldo Damus, North Texas SC: Damus recorded a league-leading 16 goals at a rate of a tally every 87 minutes in 20 appearances, led the league in shots on goal with 31 on a shooting accuracy rate of 60.8 percent and finished the regular season with a shot conversion rate of 31.4 percent.